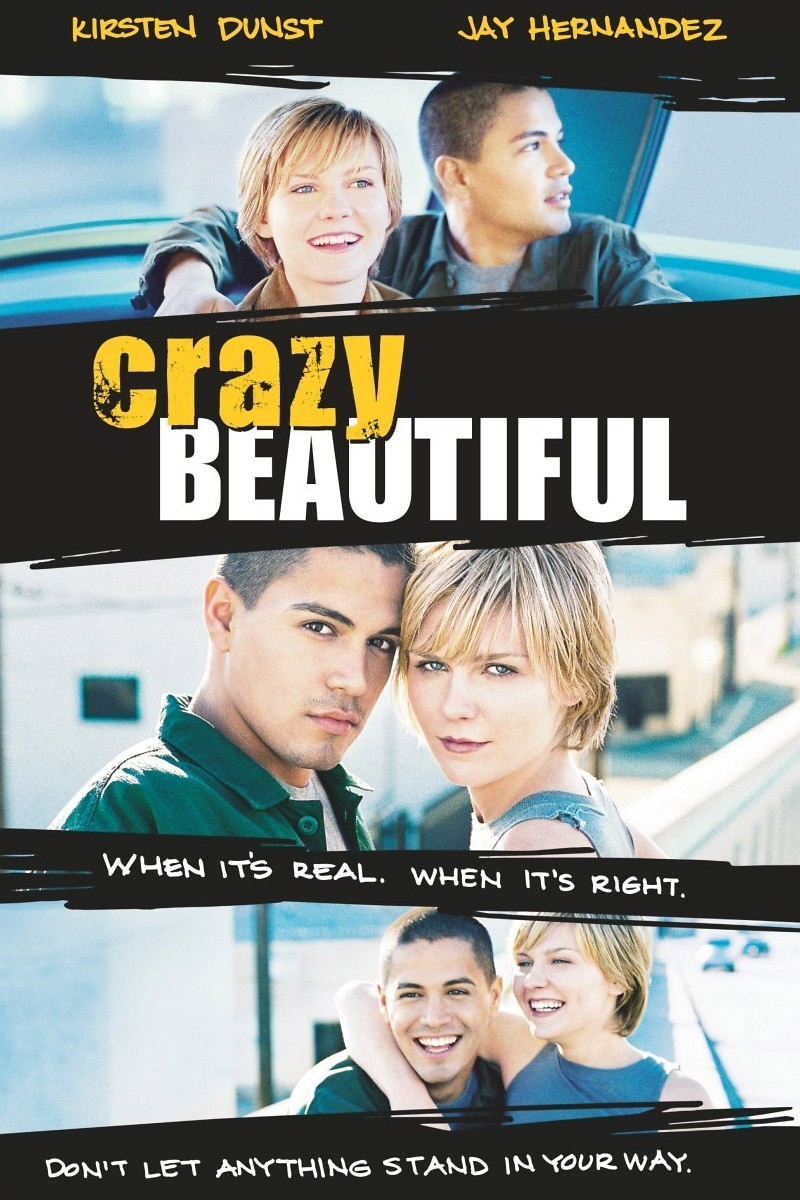 DVD: Crazy/Beautiful DVD release date is set for November 13, 2001. Dates do change so check back often as the release approaches.

Blu-ray: Crazy/Beautiful Blu-ray will be available the same day as the DVD. Blu-ray and DVD releases are typically released around 12-16 weeks after the theatrical premiere.

Digital: Crazy/Beautiful digital release from Amazon Video and iTunes will be available 1-2 weeks before the Blu-ray, DVD, and 4K releases. The estimate release date is November 2001. We will update this page with more details as they become available. The movie has been out for around since its theatrical release.

When Nicole and Carlos meet at their high school, what starts out as innocent flirting turns into a full fledged romance. Things are complicated by the fact that Nicole is an out of control daughter of a congressman and Carlos is a gifted student from the ghetto. Nicole’s father disapproves of the relationship, which drives Nicole further into Carlos’ arms. But her penchant for not following the rules could end up killing Carlos’ very bright future. Carlos must find a way to make it work or break up with Nicole to save his future.

Crazy/Beautiful DVD/Blu-ray is rated PG-13. Parents are urged to be cautious. Some material may be inappropriate for pre-teenagers (under 13).

The movie currently has a 6.3 out of 10 IMDb rating and 61 Metascore on Metacritic. We will continue to add and update review scores.