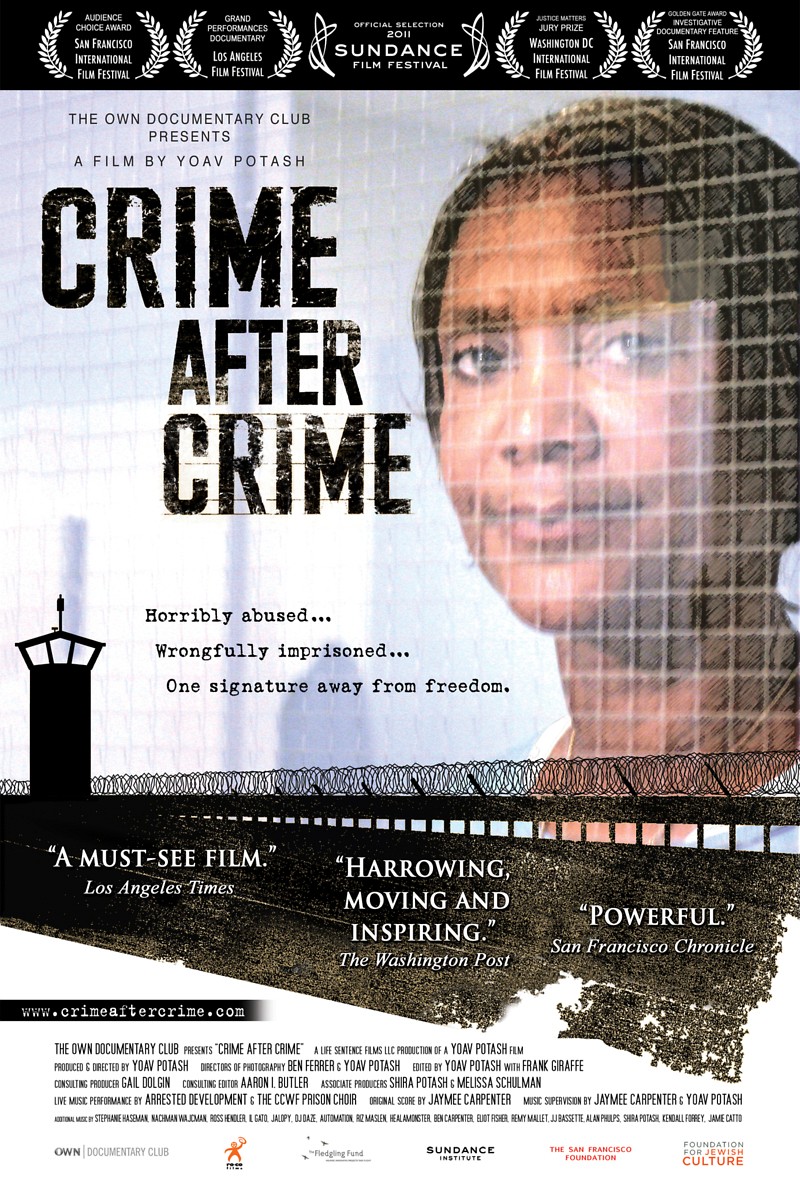 DVD: Crime After Crime DVD release date is set for April 24, 2012. Dates do change so check back often as the release approaches.

Blu-ray: Crime After Crime Blu-ray will be available the same day as the DVD. Blu-ray and DVD releases are typically released around 12-16 weeks after the theatrical premiere.

Digital: Crime After Crime digital release from Amazon Video and iTunes will be available 1-2 weeks before the Blu-ray, DVD, and 4K releases. The estimate release date is April 2012. We will update this page with more details as they become available. The movie has been out for around since its theatrical release.

Deborah Peagler lures her boyfriend to a park near their home and he is killed by two gang members. Peagler is then charged with his murder. Accusing her of scheming for her boyfriend’s life insurance, the district attorney threatens her with the death penalty and she accepts a 25-year sentence without going to trial. Twenty years later, two young lawyers decide to reopen Peagler’s case. They soon discover a troubling pattern of deception and overlooked evidence in the case and resolve to clear Peagler’s name and win her freedom.

Crime After Crime DVD/Blu-ray is rated NR. An unrated film is often informally denoted by “NR” in newspapers and so forth

The movie currently has a 6.4 out of 10 IMDb rating and 72 Metascore on Metacritic. We will continue to add and update review scores.