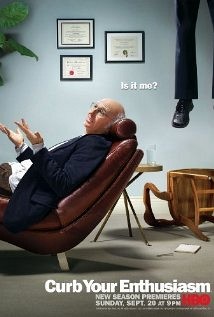 DVD: Curb Your Enthusiasm DVD release date is set for March 6, 2018. Dates do change so check back often as the release approaches.

Blu-ray: Curb Your Enthusiasm Blu-ray will be available the same day as the DVD. Blu-ray and DVD releases are typically released around 12-16 weeks after the theatrical premiere.

Digital: Curb Your Enthusiasm digital release from Amazon Video and iTunes will be available 1-2 weeks before the Blu-ray, DVD, and 4K releases. The estimate release date is February 2018. We will update this page with more details as they become available. The movie has been out for around since its theatrical release.

Curb Your Enthusiasm stars Larry DavidJeff GarlinCheryl Hines. View everything you need to know about the movie below.

Larry David has just finished a long television run with his hit comedy, “Seinfeld.” Basking in the Hollywood glow, filled with networking contacts and flowing cash, David sits back with his wife, Cheryl, and starts an everyday life living in Los Angeles. Everyday, David runs into people that he should be treating kindly, but his awkward view of the world turns simple comments into offensive remarks. His wife puts up with many antics, but the strain on the relationship is clear. David often turns to his friends, Jeff and Richard Lewis, for opinions and critiques on his behavior. Although David still writes standup comedy, he is not truly back in the game. His everyday encounters, however, make his life a veritable sitcom for the masses.

Curb Your Enthusiasm DVD/Blu-ray is rated TV-MA. This program is specifically designed to be viewed by adults and therefore may be unsuitable for children under 17. This program may contain one or more of the following: crude indecent language (L), explicit sexual activity (S), or graphic violence (V).

The movie currently has a 8.5 out of 10 IMDb rating and N/A Metascore on Metacritic. We will continue to add and update review scores.