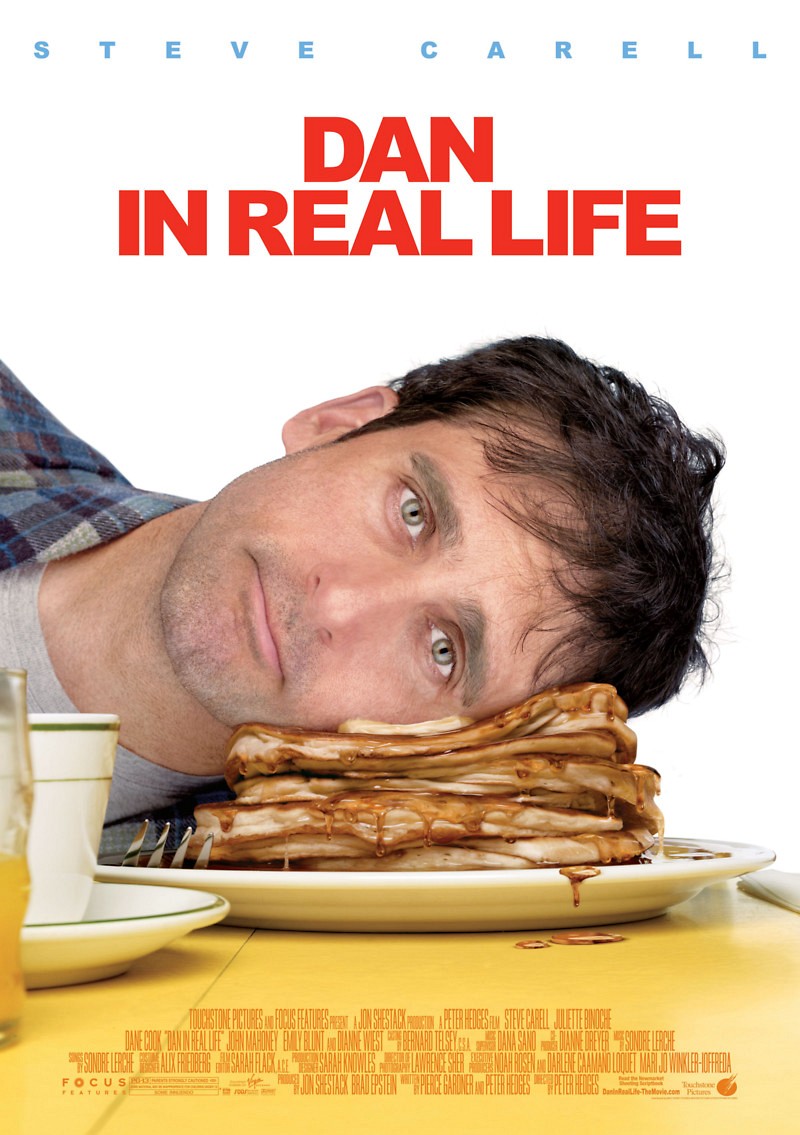 DVD: Dan in Real Life DVD release date is set for March 11, 2008. Dates do change so check back often as the release approaches.

Blu-ray: Dan in Real Life Blu-ray will be available the same day as the DVD. Blu-ray and DVD releases are typically released around 12-16 weeks after the theatrical premiere.

Digital: Dan in Real Life digital release from Amazon Video and iTunes will be available 1-2 weeks before the Blu-ray, DVD, and 4K releases. The estimate release date is March 2008. We will update this page with more details as they become available. The movie has been out for around since its theatrical release.

Dan Burns is a widowed newspaper advice columnist from New Jersey who is overly protective of his three daughters Jane, Cara, and Lilly. During their annual trip to visit Dans parents in Rhode Island, he meets Marie in a bookstore. They strike up a conversation that carries over to breakfast, but Marie tells Dan she has a boyfriend. When Dan returns to his parents house, he finds Marie there with his brother Mitch, who happens to be that boyfriend. Eventually Marie cannot deny her attraction for Dan and breaks up with Mitch. After only one kiss, Mitch punches Dan and Marie leaves. At the urging of his parents and daughters, Dan goes after Marie in New York City and they end up marrying.

Dan in Real Life DVD/Blu-ray is rated PG-13. Parents are urged to be cautious. Some material may be inappropriate for pre-teenagers (under 13).