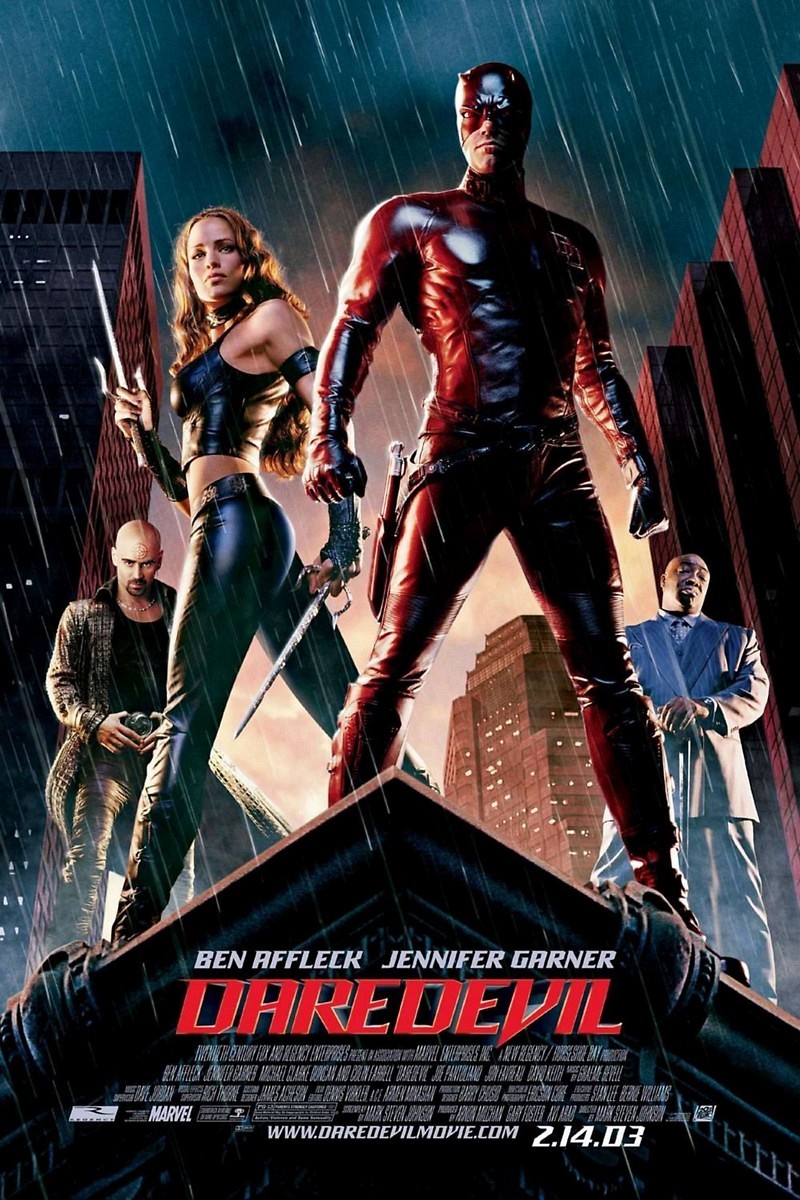 DVD: Daredevil DVD release date is set for July 29, 2003. Dates do change so check back often as the release approaches.

Blu-ray: Daredevil Blu-ray will be available the same day as the DVD. Blu-ray and DVD releases are typically released around 12-16 weeks after the theatrical premiere.

Digital: Daredevil digital release from Amazon Video and iTunes will be available 1-2 weeks before the Blu-ray, DVD, and 4K releases. The estimate release date is July 2003. We will update this page with more details as they become available. The movie has been out for around since its theatrical release.

Blind attorney Matt Murdock leads an alternate life as the superhero Daredevil. With his heightened senses and proficiency in martial arts, “The Man Without Fear” battles crime throughout New York. But now Daredevil has met his match. The crime boss known as the Kingpin wants him out of the way. He hires the assassin Bulls-eye, who sets up Daredevil for the murder of a businessman. Now Daredevil must battle his deadliest foe and try to bring down the Kingpin.

Daredevil DVD/Blu-ray is rated PG-13. Parents are urged to be cautious. Some material may be inappropriate for pre-teenagers (under 13).

The movie currently has a 5.4 out of 10 IMDb rating and 42 Metascore on Metacritic. We will continue to add and update review scores.