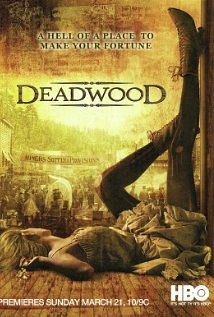 DVD: Deadwood DVD release date is set for November 23, 2010. Dates do change so check back often as the release approaches.

Blu-ray: Deadwood Blu-ray will be available the same day as the DVD. Blu-ray and DVD releases are typically released around 12-16 weeks after the theatrical premiere.

Digital: Deadwood digital release from Amazon Video and iTunes will be available 1-2 weeks before the Blu-ray, DVD, and 4K releases. The estimate release date is November 2010. We will update this page with more details as they become available. The movie has been out for around since its theatrical release.

Deadwood stars Timothy OlyphantIan McShaneMolly Parker. View everything you need to know about the movie below.

Deadwood, South Dakota was a hot-bed of criminal activity in 1876, a few weeks after Custer’s defeat at Little Big Horn. Seth Bullock, drawn by the largest gold strike in American history, is hoping to make a new life for himself in Deadwood. He arrives in Deadwood about the same time as ex-lawman, Wild Bill Hickock. Both men find their lives intertwined with Al Swearengen, self-appointed boss of Deadwood, as well as the throngs of prostitutes, gun-fighters, and racketeers that swarmed to Deadwood.

Deadwood DVD/Blu-ray is rated TV-MA. This program is specifically designed to be viewed by adults and therefore may be unsuitable for children under 17. This program may contain one or more of the following: crude indecent language (L), explicit sexual activity (S), or graphic violence (V).

The movie currently has a 9 out of 10 IMDb rating and N/A Metascore on Metacritic. We will continue to add and update review scores.