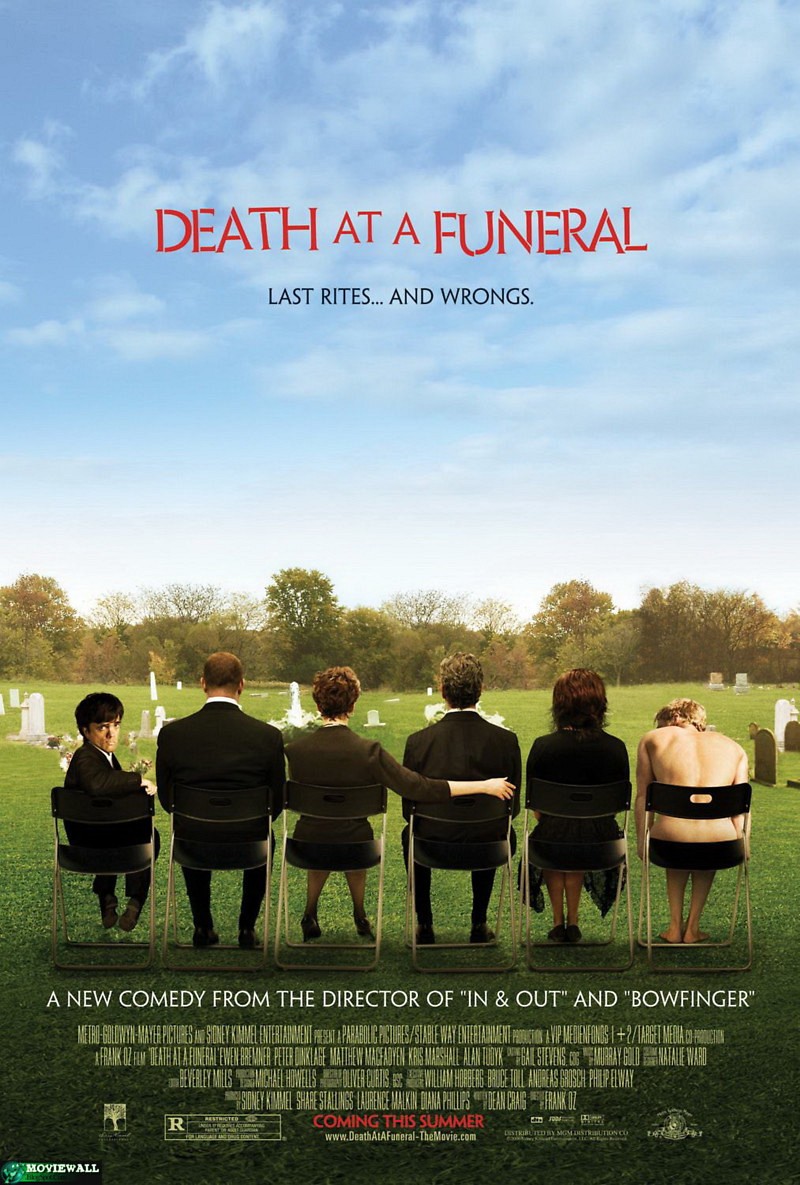 DVD: Death at a Funeral DVD release date is set for February 26, 2008. Dates do change so check back often as the release approaches.

Blu-ray: Death at a Funeral Blu-ray will be available the same day as the DVD. Blu-ray and DVD releases are typically released around 12-16 weeks after the theatrical premiere.

Digital: Death at a Funeral digital release from Amazon Video and iTunes will be available 1-2 weeks before the Blu-ray, DVD, and 4K releases. The estimate release date is February 2008. We will update this page with more details as they become available. The movie has been out for around since its theatrical release.

Death at a Funeral stars Matthew Macfadyen, Keeley Hawes, Andy Nyman, Ewen Bremner, Daisy Donovan. View everything you need to know about the movie below.

A British man is preparing to conduct a funeral for his father, which will be held in the home where he and his wife shared with the now deceased parent. In this dark comedy, a surprising array of strange family secrets are revealed, and the dysfunctional personalities of the family create chaos during what is supposed to be a somber event. A few unexpected guests also show up to throw a monkey wrench into the proceedings. There will be many shocks and more than a few embarrassing revelations before the funeral is done.

Death at a Funeral DVD/Blu-ray is rated R. R stands for ‘Restricted’, which means children under 17 require accompanying parent or adult guardian. The movie contains some adult material and parents are urged to learn more about the movie.

The movie currently has a 7.3 out of 10 IMDb rating and 67 Metascore on Metacritic. We will continue to add and update review scores.