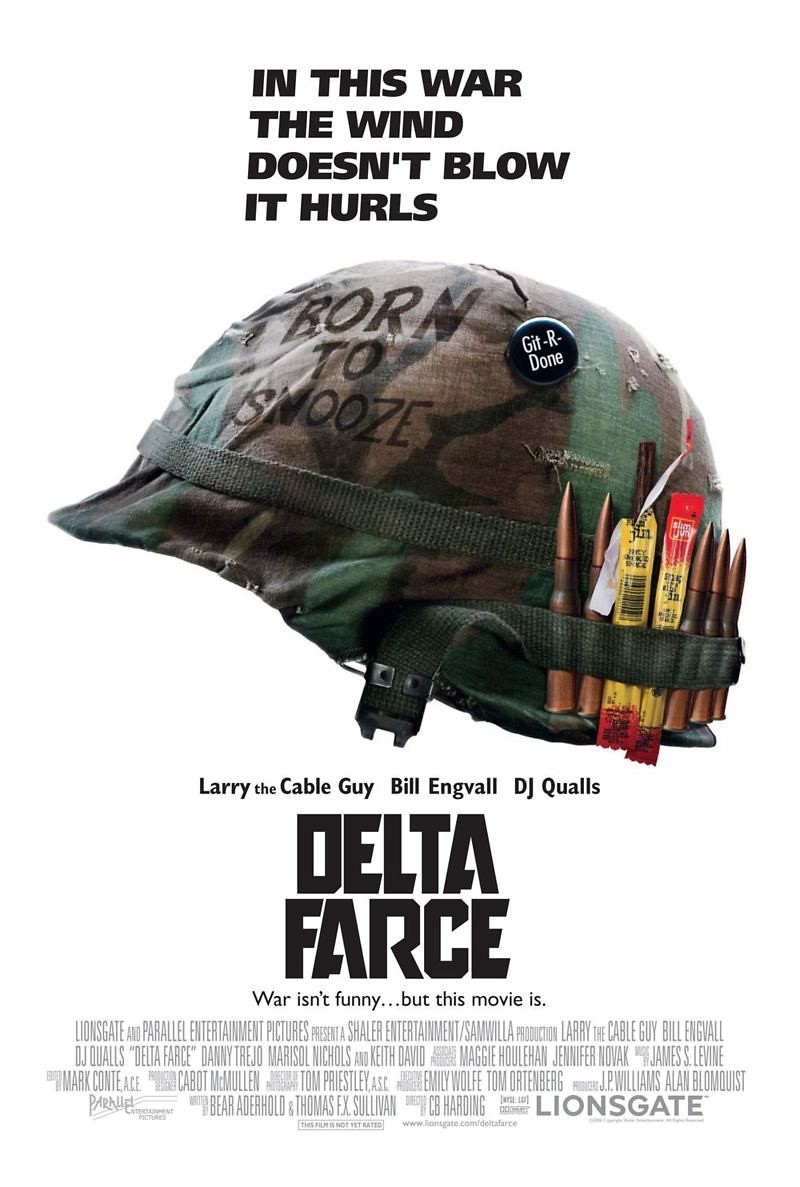 DVD: Delta Farce DVD release date is set for September 4, 2007. Dates do change so check back often as the release approaches.

Blu-ray: Delta Farce Blu-ray will be available the same day as the DVD. Blu-ray and DVD releases are typically released around 12-16 weeks after the theatrical premiere.

Digital: Delta Farce digital release from Amazon Video and iTunes will be available 1-2 weeks before the Blu-ray, DVD, and 4K releases. The estimate release date is August 2007. We will update this page with more details as they become available. The movie has been out for around since its theatrical release.

Larry, Everett and Bill are a trio of National Guardsmen who wind up serving in a faraway land that isn’t quite as far away as they think. Trained and enlisted by Master Sergeant Kilgore to aid the troops in Fallujah, the trio gets dumped out of their own plane en route to Iraq due to falling asleep inside a jettisoned Humvee. Thinking they’ve landed in Iraq and completely clueless to the fact that they’re actually in a Mexican desert, the three men get embroiled in a local conflict involving corrupt police and a beleaguered village.

Delta Farce DVD/Blu-ray is rated PG-13. Parents are urged to be cautious. Some material may be inappropriate for pre-teenagers (under 13).

The movie currently has a 3.2 out of 10 IMDb rating and 17 Metascore on Metacritic. We will continue to add and update review scores.