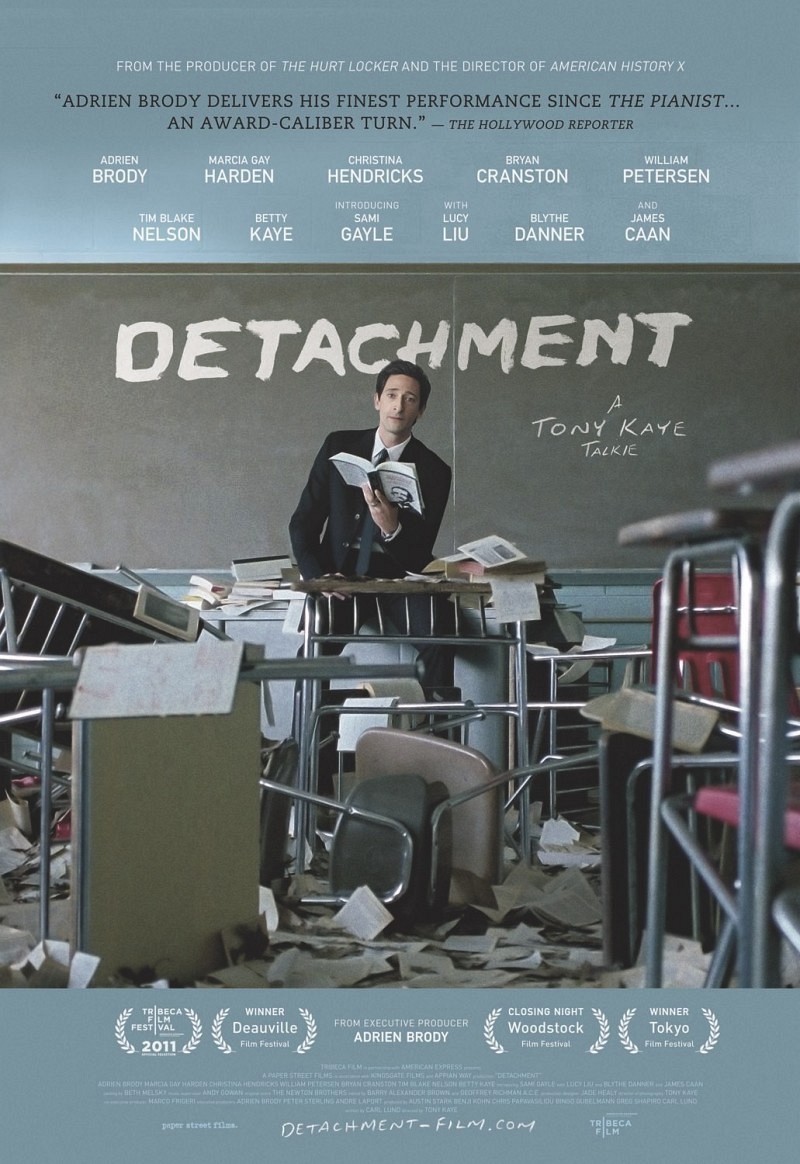 DVD: Detachment DVD release date is set for September 18, 2012. Dates do change so check back often as the release approaches.

Blu-ray: Detachment Blu-ray will be available the same day as the DVD. Blu-ray and DVD releases are typically released around 12-16 weeks after the theatrical premiere.

Digital: Detachment digital release from Amazon Video and iTunes will be available 1-2 weeks before the Blu-ray, DVD, and 4K releases. The estimate release date is September 2012. We will update this page with more details as they become available. The movie has been out for around since its theatrical release.

Henry Barthes is a substitute teacher who goes from assignment to assignment, never wanting to stay in one place to long to become well known, but also never leaves a lasting impression on anyone. When he is given an assignment at a new school, he finds three women who change his mind about life and how he is living in it. A student named Meredith, a fellow teacher Ms. Madison, and a prostitute named Erica who Barthes has taken in from the street each show him that the way he is sleepwalking through life may not be what he wants after all.

Detachment DVD/Blu-ray is rated NR. An unrated film is often informally denoted by “NR” in newspapers and so forth

The movie currently has a 7.7 out of 10 IMDb rating and 52 Metascore on Metacritic. We will continue to add and update review scores.