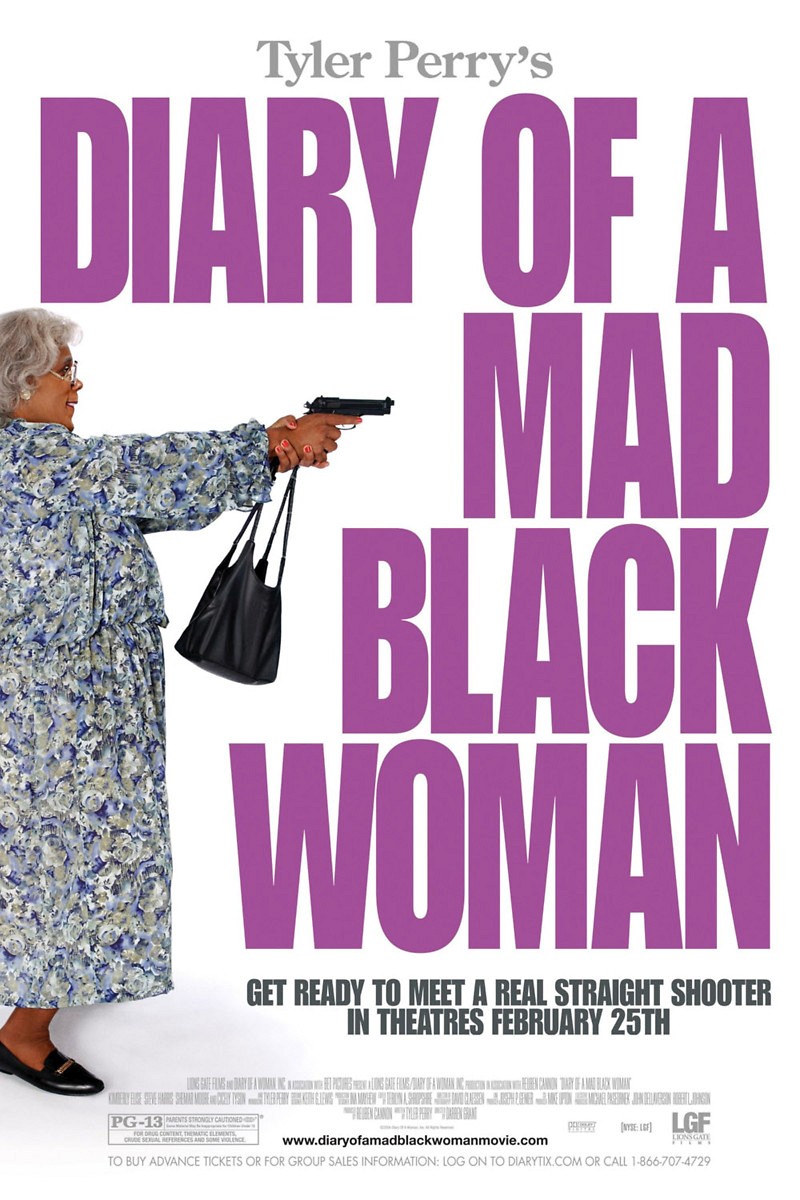 DVD: Diary of a Mad Black Woman DVD release date is set for June 28, 2005. Dates do change so check back often as the release approaches.

Blu-ray: Diary of a Mad Black Woman Blu-ray will be available the same day as the DVD. Blu-ray and DVD releases are typically released around 12-16 weeks after the theatrical premiere.

Digital: Diary of a Mad Black Woman digital release from Amazon Video and iTunes will be available 1-2 weeks before the Blu-ray, DVD, and 4K releases. The estimate release date is June 2005. We will update this page with more details as they become available. The movie has been out for around since its theatrical release.

Helen McCarter gets thrown out of her own house by her husband Charles. She had everything a woman could want for the past 18 months. Charles is a lawyer and they have a beautiful home. Charles admits to having an affair with a younger woman who is moving into their home. Helen must live with her religious grandmother who teaches her how to become independent. An angry client almost kills her husband, but Helen doesn’t think she has the capability to forgive him for hurting her. Helen meets a new man who she is attracted to named Orlando. She starts keeping a journal of your emotions which range from meek to mad. She is determined to make a new life with Orlando and forget about the past.

Diary of a Mad Black Woman DVD/Blu-ray is rated PG-13. Parents are urged to be cautious. Some material may be inappropriate for pre-teenagers (under 13).

The movie currently has a 4.9 out of 10 IMDb rating and 36 Metascore on Metacritic. We will continue to add and update review scores.