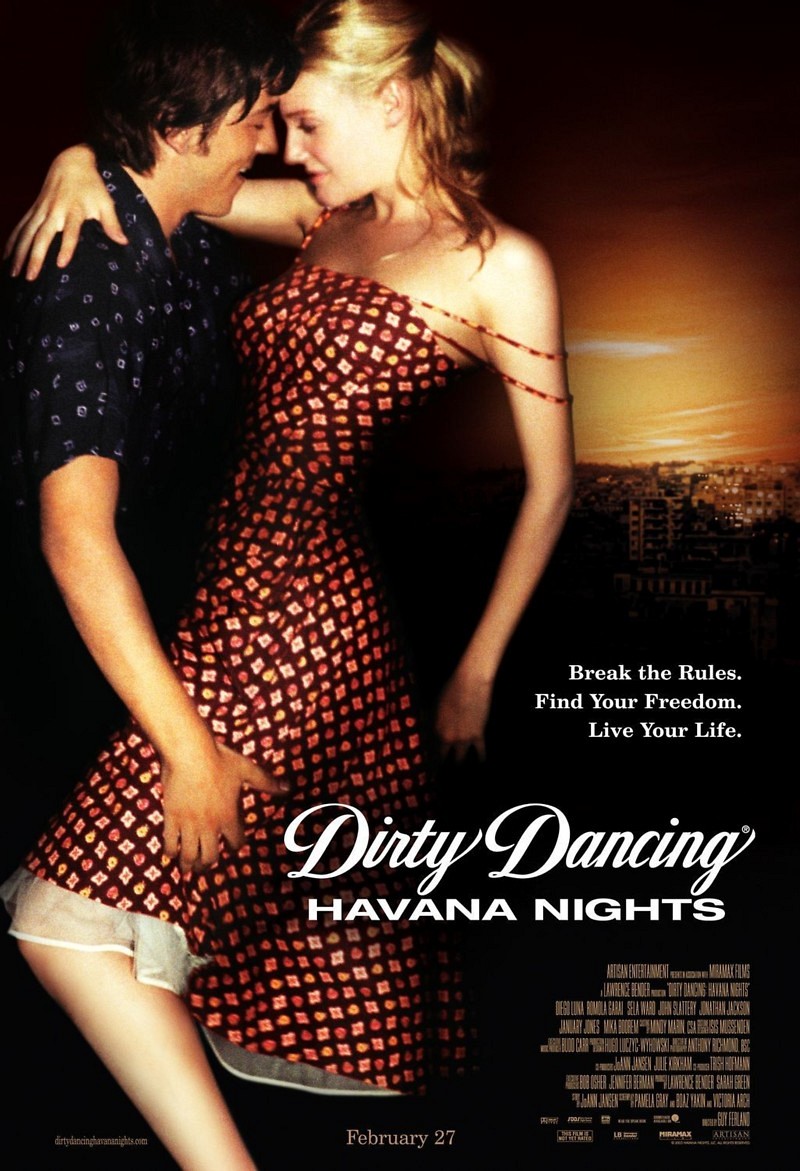 DVD: Dirty Dancing: Havana Nights DVD release date is set for July 20, 2004. Dates do change so check back often as the release approaches.

Blu-ray: Dirty Dancing: Havana Nights Blu-ray will be available the same day as the DVD. Blu-ray and DVD releases are typically released around 12-16 weeks after the theatrical premiere.

Digital: Dirty Dancing: Havana Nights digital release from Amazon Video and iTunes will be available 1-2 weeks before the Blu-ray, DVD, and 4K releases. The estimate release date is July 2004. We will update this page with more details as they become available. The movie has been out for around since its theatrical release.

Katey Miller is a teenager in 1958 whose life has undergone a startling change. Because of her father’s job, her family has relocated to Cuba, and it is a painful transition for the girl who left many friends and excellent grades behind her. It’s not as easy for her to focus on her schoolwork here where everything feels so alien. Still, there are good things about living in Cuba, particularly her budding friendship with a waiter named Javier. He is a talented dancer, and although his friendship with her cost him his job, she plans to make it up to him by helping him win a dance contest. As they meet in secret to prepare for it, they grow closer and closer, and romance blossoms.

Dirty Dancing: Havana Nights DVD/Blu-ray is rated PG-13. Parents are urged to be cautious. Some material may be inappropriate for pre-teenagers (under 13).

The movie currently has a 5.7 out of 10 IMDb rating and 39 Metascore on Metacritic. We will continue to add and update review scores.