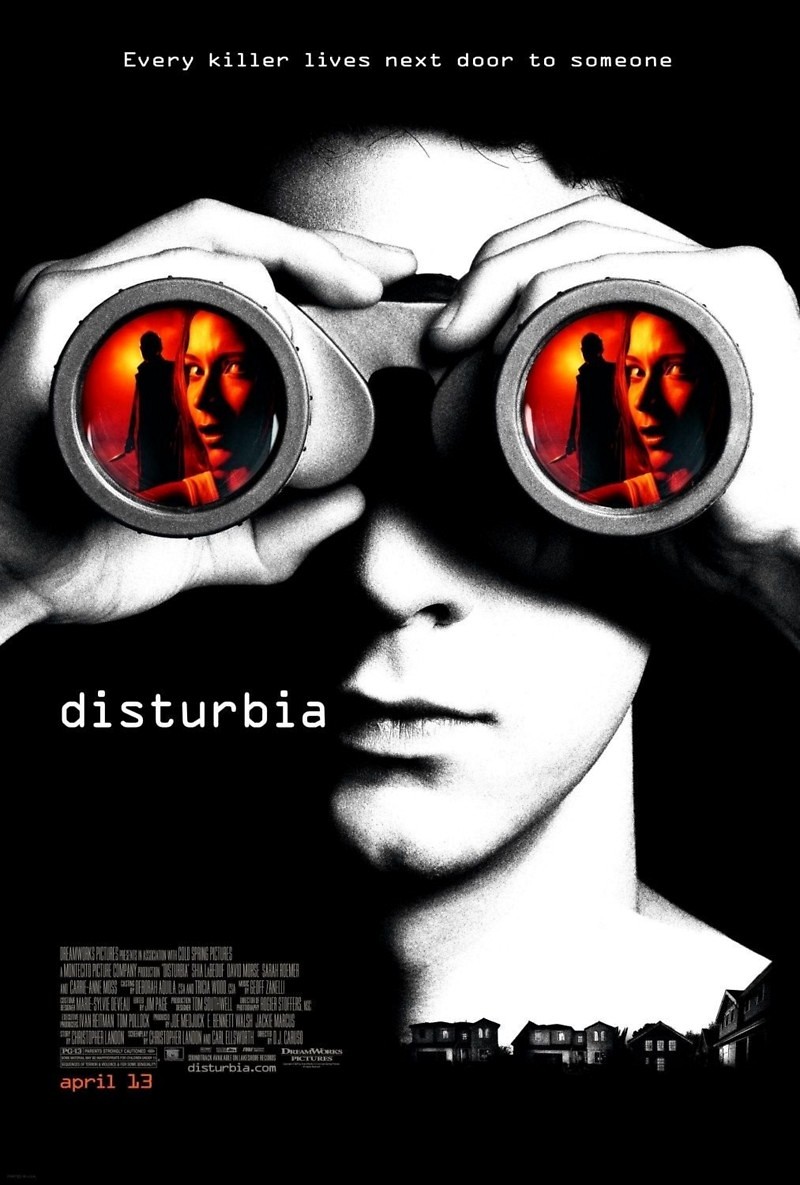 DVD: Disturbia DVD release date is set for August 7, 2007. Dates do change so check back often as the release approaches.

Blu-ray: Disturbia Blu-ray will be available the same day as the DVD. Blu-ray and DVD releases are typically released around 12-16 weeks after the theatrical premiere.

Digital: Disturbia digital release from Amazon Video and iTunes will be available 1-2 weeks before the Blu-ray, DVD, and 4K releases. The estimate release date is July 2007. We will update this page with more details as they become available. The movie has been out for around since its theatrical release.

Distraught over the death of his father, teenager Kale Brecht becomes aggressive and angry. After a run-in with the law, Kale is sentenced to house arrest. He quickly becomes bored and claustrophobia and turns to voyeurism, spying on his neighbors with a video camera. When his neighbor Ashley catches him watching her, he comes up with a fast excuse: he suspects one of the other neighbors of being a serial killer. But as he and Ashley investigate and events unfold, he begins to believe his hasty excuse may actually have been right.

Disturbia DVD/Blu-ray is rated R. R stands for ‘Restricted’, which means children under 17 require accompanying parent or adult guardian. The movie contains some adult material and parents are urged to learn more about the movie.

The movie currently has a 7 out of 10 IMDb rating and 62 Metascore on Metacritic. We will continue to add and update review scores.