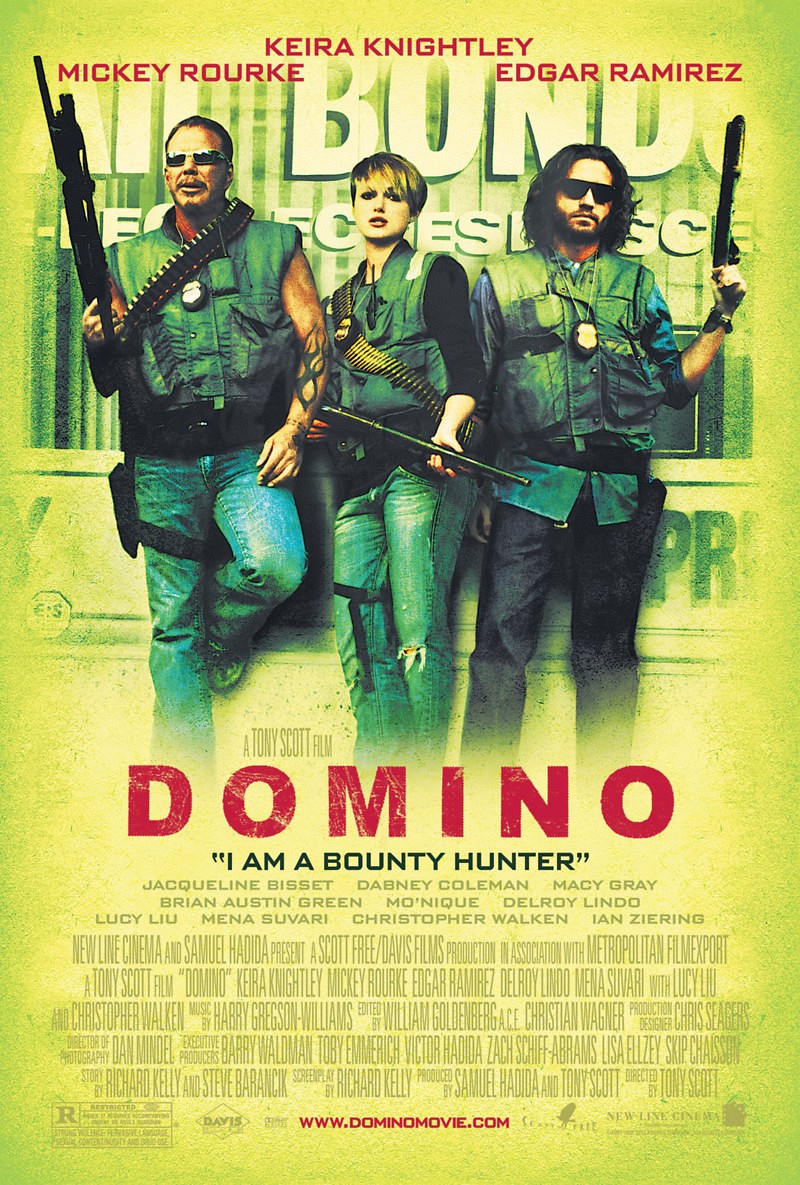 DVD: Domino DVD release date is set for February 21, 2006. Dates do change so check back often as the release approaches.

Blu-ray: Domino Blu-ray will be available the same day as the DVD. Blu-ray and DVD releases are typically released around 12-16 weeks after the theatrical premiere.

Digital: Domino digital release from Amazon Video and iTunes will be available 1-2 weeks before the Blu-ray, DVD, and 4K releases. The estimate release date is February 2006. We will update this page with more details as they become available. The movie has been out for around since its theatrical release.

Real life bounty hunter Domino Harvey’s story is retold in this heavily stylized action thriller. Harvey, at first a model working in L.A., meets other prospective vigilantes at a bounty hunter training seminar and subsequently becomes involved in a convoluted plan to rob an armored car. The scheme is to return the money for the cash reward. Many of the aspects of the plan go awry, and violence ensues as the many parties involved in the heist scramble to stay clear of the consequences.

Domino DVD/Blu-ray is rated R. R stands for ‘Restricted’, which means children under 17 require accompanying parent or adult guardian. The movie contains some adult material and parents are urged to learn more about the movie.

The movie currently has a 5.9 out of 10 IMDb rating and 36 Metascore on Metacritic. We will continue to add and update review scores.