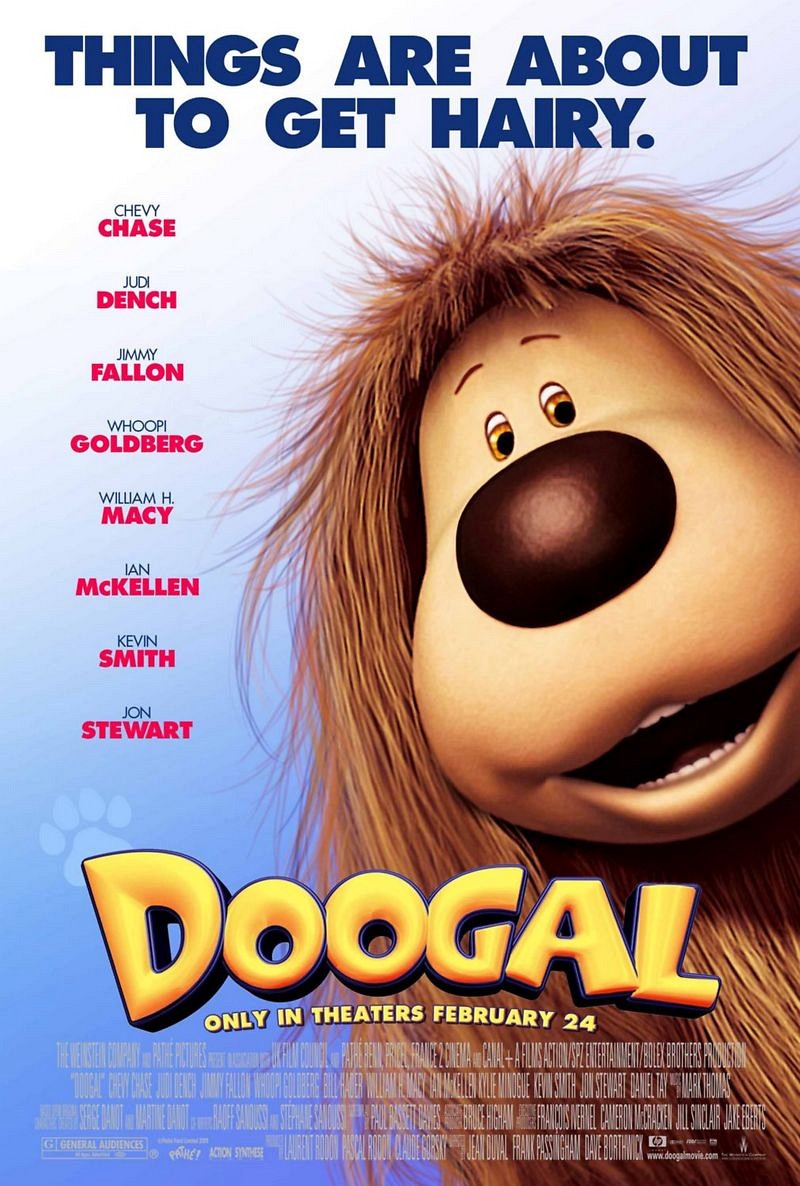 DVD: Doogal DVD release date is set for May 16, 2006. Dates do change so check back often as the release approaches.

Blu-ray: Doogal Blu-ray will be available the same day as the DVD. Blu-ray and DVD releases are typically released around 12-16 weeks after the theatrical premiere.

Digital: Doogal digital release from Amazon Video and iTunes will be available 1-2 weeks before the Blu-ray, DVD, and 4K releases. The estimate release date is May 2006. We will update this page with more details as they become available. The movie has been out for around since its theatrical release.

Doogal is a big, fluffy dog that just loves candy. He has friends like a rabbit named Dylan who plays guitar, a shy snail named Brian, and a singing cow named Ermintrude. Doogal and his friends enjoy playing in the sunshine and making music together, but all of that happiness is put in jeopardy when Doogal realizes that he must go off and save the world from the evil Zeebad. It turns out that Zeebad has developed a freeze ray that can freeze the entire planet and he intends to use it. Doogal and his friends set out on an adventure that they hope will stop Zeebad and get things back to normal. But when they start out on their adventure, they soon realize that the job is going to be harder than they thought.

Doogal DVD/Blu-ray is rated G. G rating means all ages are admitted. The material will not offend parents for viewing by children.

The movie currently has a 2.7 out of 10 IMDb rating and 23 Metascore on Metacritic. We will continue to add and update review scores.