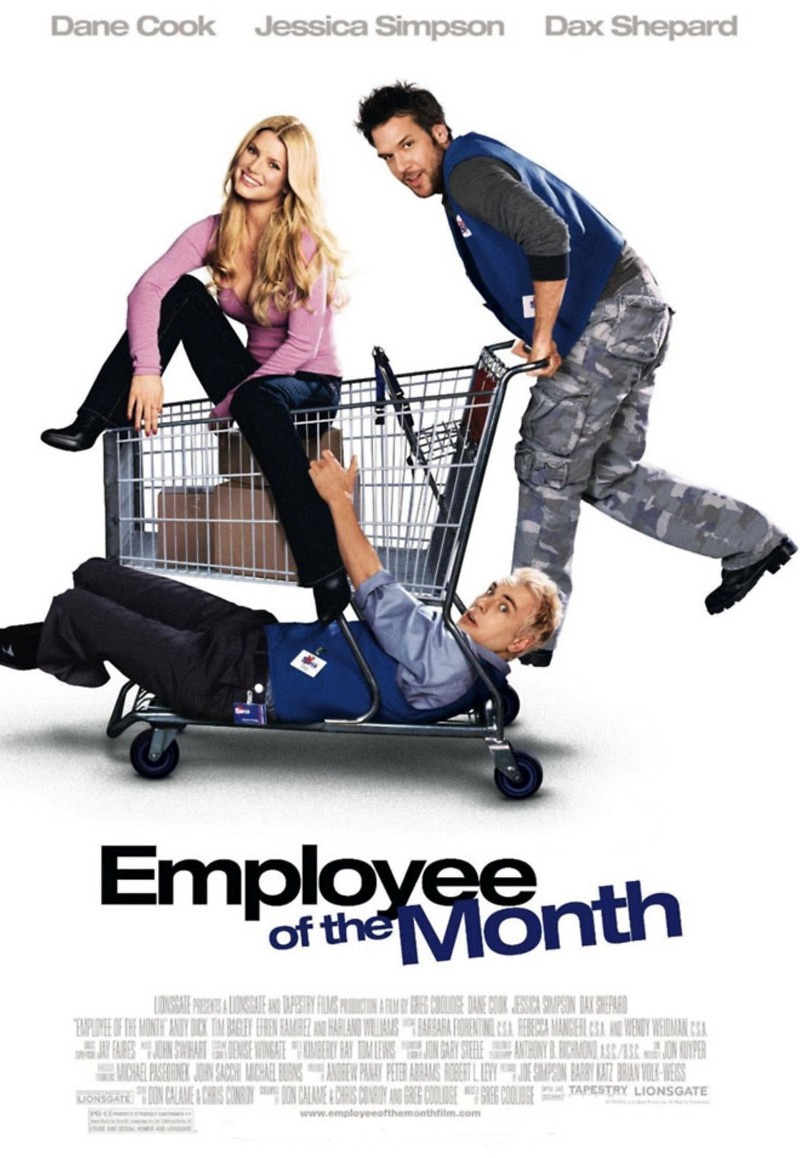 DVD: Employee of the Month DVD release date is set for January 16, 2007. Dates do change so check back often as the release approaches.

Blu-ray: Employee of the Month Blu-ray will be available the same day as the DVD. Blu-ray and DVD releases are typically released around 12-16 weeks after the theatrical premiere.

Digital: Employee of the Month digital release from Amazon Video and iTunes will be available 1-2 weeks before the Blu-ray, DVD, and 4K releases. The estimate release date is January 2007. We will update this page with more details as they become available. The movie has been out for around since its theatrical release.

Employee of the Month stars Dane Cook, Jessica Simpson, Dax Shepard, Andy Dick, Tim Bagley. View everything you need to know about the movie below.

In a large discount warehouse superstore called Super Club, cashier Vince Downey reigns supreme as the Employee of the Month for an unprecedented 17-month record. One more month with this honor will win this serious, diligent worker the grand prize of a new car. Meanwhile, box boy Zack Bradley is the epitome of a slacker employee. Popular among other employees, Zack appears to breeze through his days at Super Club until Amy, a gorgeous new cashier, begins working at the store. Her interest in dating only men who are Employee of the Month sparks an intense and hilarious competition between Vince and Zack for the infamous plaque on the employee lounge wall.

Employee of the Month DVD/Blu-ray is rated PG-13. Parents are urged to be cautious. Some material may be inappropriate for pre-teenagers (under 13).

The movie currently has a 5.4 out of 10 IMDb rating and 36 Metascore on Metacritic. We will continue to add and update review scores.