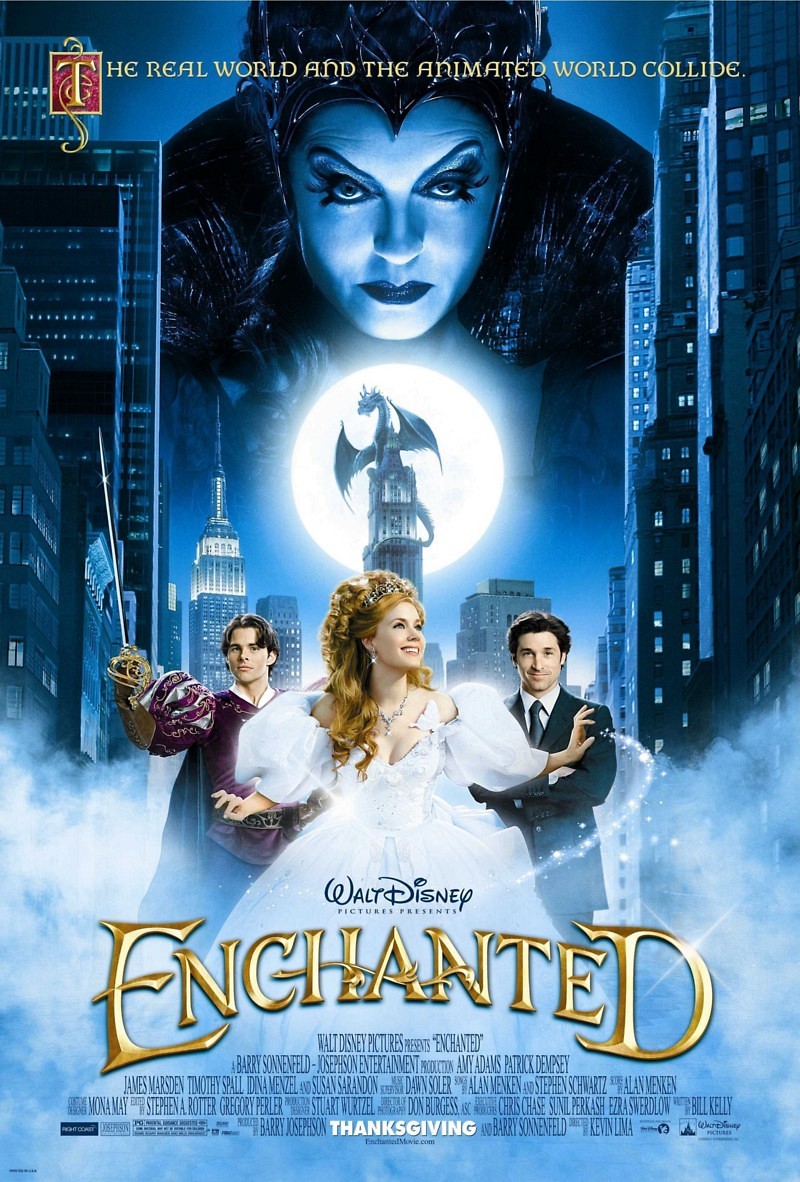 DVD: Enchanted DVD release date is set for March 18, 2008. Dates do change so check back often as the release approaches.

Blu-ray: Enchanted Blu-ray will be available the same day as the DVD. Blu-ray and DVD releases are typically released around 12-16 weeks after the theatrical premiere.

Digital: Enchanted digital release from Amazon Video and iTunes will be available 1-2 weeks before the Blu-ray, DVD, and 4K releases. The estimate release date is March 2008. We will update this page with more details as they become available. The movie has been out for around since its theatrical release.

Amy Adams stars as innocent animated princess Giselle in “Enchanted,” a movie that hearkens back to older films like “Mary Poppins” and “Pete’s Dragon” in its blending of live-action and animated elements. Giselle is comes from a cartoon fairy tale world, and a curse sends her into the live-action world of New York City, where she is shocked by the complexities of love and the meanness of people. Several of its lavish song and dance numbers, which simultaneously honor and spoof the classics of Disney past, were nominated for Academy Awards. The charming tale is brought to life by a number of talented actors, including Patrick Dempsey as Giselle’s New York rescuer, James Marsden as her charming prince and Susan Sarandon as the vindictive queen.

The movie currently has a 7.5 out of 10 IMDb rating and 75 Metascore on Metacritic. We will continue to add and update review scores.