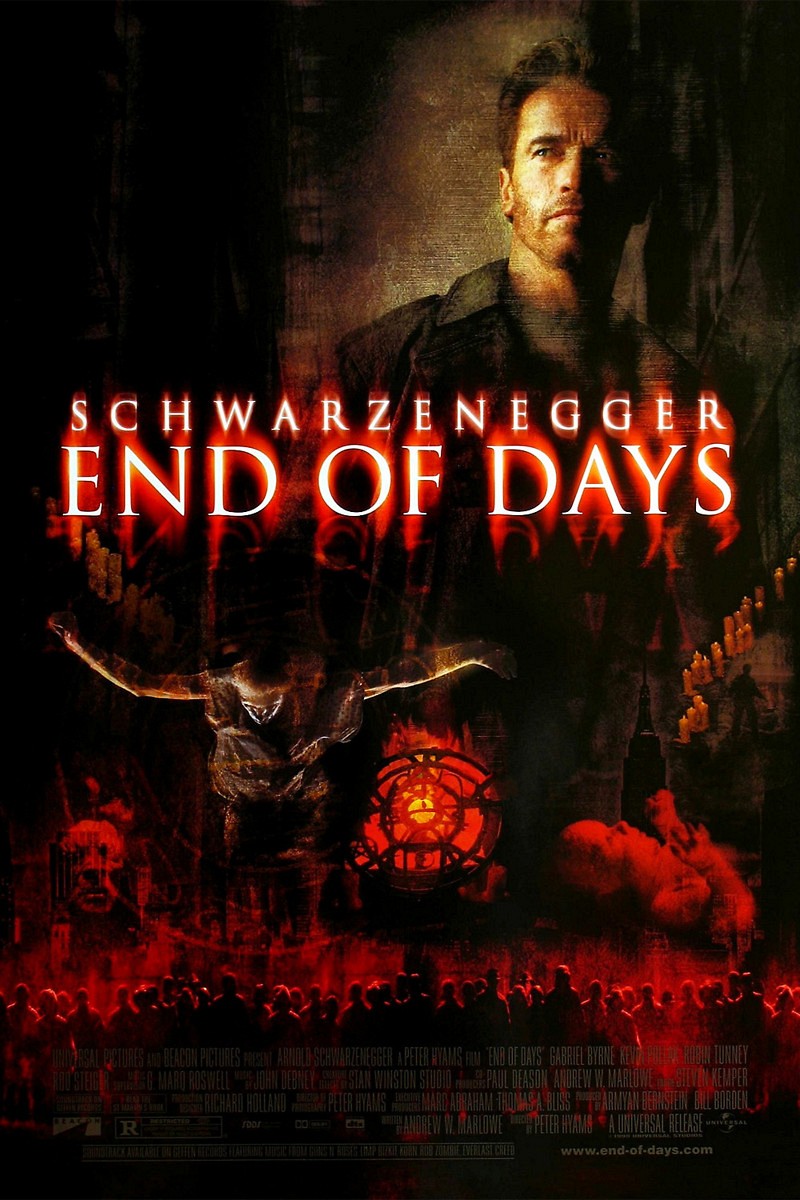 DVD: End of Days DVD release date is set for April 18, 2000. Dates do change so check back often as the release approaches.

Blu-ray: End of Days Blu-ray will be available the same day as the DVD. Blu-ray and DVD releases are typically released around 12-16 weeks after the theatrical premiere.

Digital: End of Days digital release from Amazon Video and iTunes will be available 1-2 weeks before the Blu-ray, DVD, and 4K releases. The estimate release date is April 2000. We will update this page with more details as they become available. The movie has been out for around since its theatrical release.

While the citizens in New York City are preparing for the turn of the millennium, Satan is preparing his own plan. Right before the new millennium, he comes to NYC and possesses a man, then goes on a search for the bride of his choice. The woman is named Christine York and was patronized to the devil as a newborn baby. If Satan can get away with his plan then the whole world will come to an end. Now the fate of humanity lies in the hands of an ex-cop by the name of Jericho Cane. Jericho hasn’t believed in God since the murder of his wife and daughter, so getting him to save the world will be a challenge.

End of Days DVD/Blu-ray is rated R. R stands for ‘Restricted’, which means children under 17 require accompanying parent or adult guardian. The movie contains some adult material and parents are urged to learn more about the movie.

The movie currently has a 5.5 out of 10 IMDb rating and 33 Metascore on Metacritic. We will continue to add and update review scores.