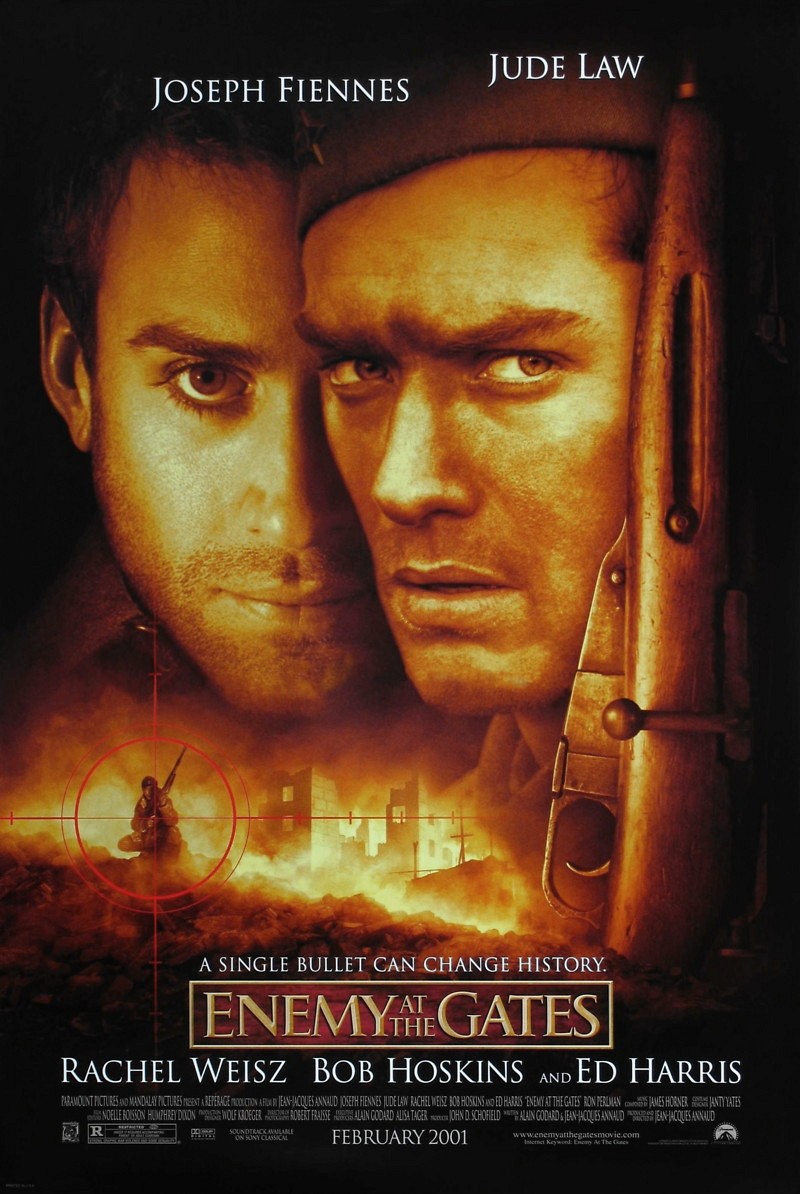 DVD: Enemy at the Gates DVD release date is set for August 14, 2001. Dates do change so check back often as the release approaches.

Blu-ray: Enemy at the Gates Blu-ray will be available the same day as the DVD. Blu-ray and DVD releases are typically released around 12-16 weeks after the theatrical premiere.

Digital: Enemy at the Gates digital release from Amazon Video and iTunes will be available 1-2 weeks before the Blu-ray, DVD, and 4K releases. The estimate release date is August 2001. We will update this page with more details as they become available. The movie has been out for around since its theatrical release.

Enemy at the Gates stars Jude Law, Ed Harris, Rachel Weisz, Joseph Fiennes, Bob Hoskins. View everything you need to know about the movie below.

With the Battle of Stalingrad as their backdrop, Vassili Zaytsev, a reluctant sniper in the Russian army, and Major Konig, a professional German sniper play a game of wits and marksmanship as the war rages on. With both pride and patriotism on his side, Zaytsev makes his way through the battle narrowly avoiding death countless times. Love is lost and friendships are tested as Zaytsev is elevated from a humble sheep farmer to legendary status throughout his rivalry with Konig.

Enemy at the Gates DVD/Blu-ray is rated R. R stands for ‘Restricted’, which means children under 17 require accompanying parent or adult guardian. The movie contains some adult material and parents are urged to learn more about the movie.

The movie currently has a 7.4 out of 10 IMDb rating and 53 Metascore on Metacritic. We will continue to add and update review scores.