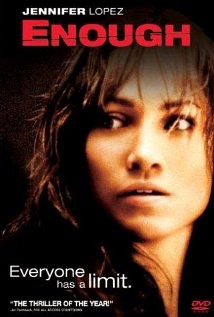 DVD: Enough DVD release date is set for October 8, 2002. Dates do change so check back often as the release approaches.

Blu-ray: Enough Blu-ray will be available the same day as the DVD. Blu-ray and DVD releases are typically released around 12-16 weeks after the theatrical premiere.

Digital: Enough digital release from Amazon Video and iTunes will be available 1-2 weeks before the Blu-ray, DVD, and 4K releases. The estimate release date is September 2002. We will update this page with more details as they become available. The movie has been out for around since its theatrical release.

A young waitress meets a man she believes is her knight in shining armor. After a whirlwind romance, wedding, and baby, she soon realizes her marriage is not the white picket fence life it appeared to be. After confronting her husband about his lover, the abuse begins. In fear of her safety, and the safety of her young daughter, she goes on the run to hopes to escape the volatile man she married. With the help of friends, she begins to start her life over. It doesn’t last long once her husband finds her. She decides she to step up her game before it is too late. There may only be one way out of this destructive relationship.

Enough DVD/Blu-ray is rated PG-13. Parents are urged to be cautious. Some material may be inappropriate for pre-teenagers (under 13).

The movie currently has a 5.2 out of 10 IMDb rating and 25 Metascore on Metacritic. We will continue to add and update review scores.