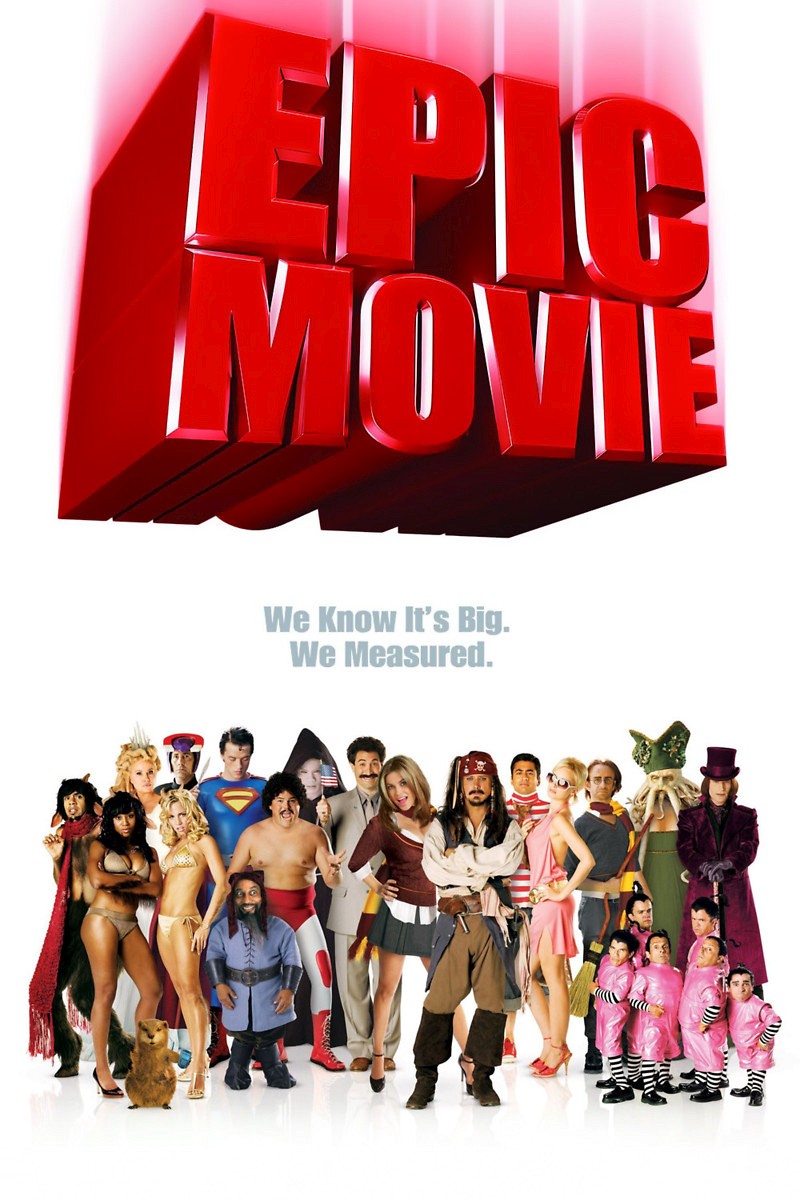 DVD: Epic Movie DVD release date is set for May 22, 2007. Dates do change so check back often as the release approaches.

Blu-ray: Epic Movie Blu-ray will be available the same day as the DVD. Blu-ray and DVD releases are typically released around 12-16 weeks after the theatrical premiere.

Digital: Epic Movie digital release from Amazon Video and iTunes will be available 1-2 weeks before the Blu-ray, DVD, and 4K releases. The estimate release date is May 2007. We will update this page with more details as they become available. The movie has been out for around since its theatrical release.

In this parody, a group of orphaned siblings win a golden ticket which allows them to visit a famous chocolate factory. The orphans discover that they are in danger so they escape from the factory into a magical world known as Gnarnia. They discover that this world is being terrorized by an evil witch, and through a series of mishaps involving a drug using centaur, a grown up Harry Potter, and a team of mutants, the orphans strive to conquer the witch.

Epic Movie DVD/Blu-ray is rated PG-13. Parents are urged to be cautious. Some material may be inappropriate for pre-teenagers (under 13).

The movie currently has a 2.2 out of 10 IMDb rating and 17 Metascore on Metacritic. We will continue to add and update review scores.