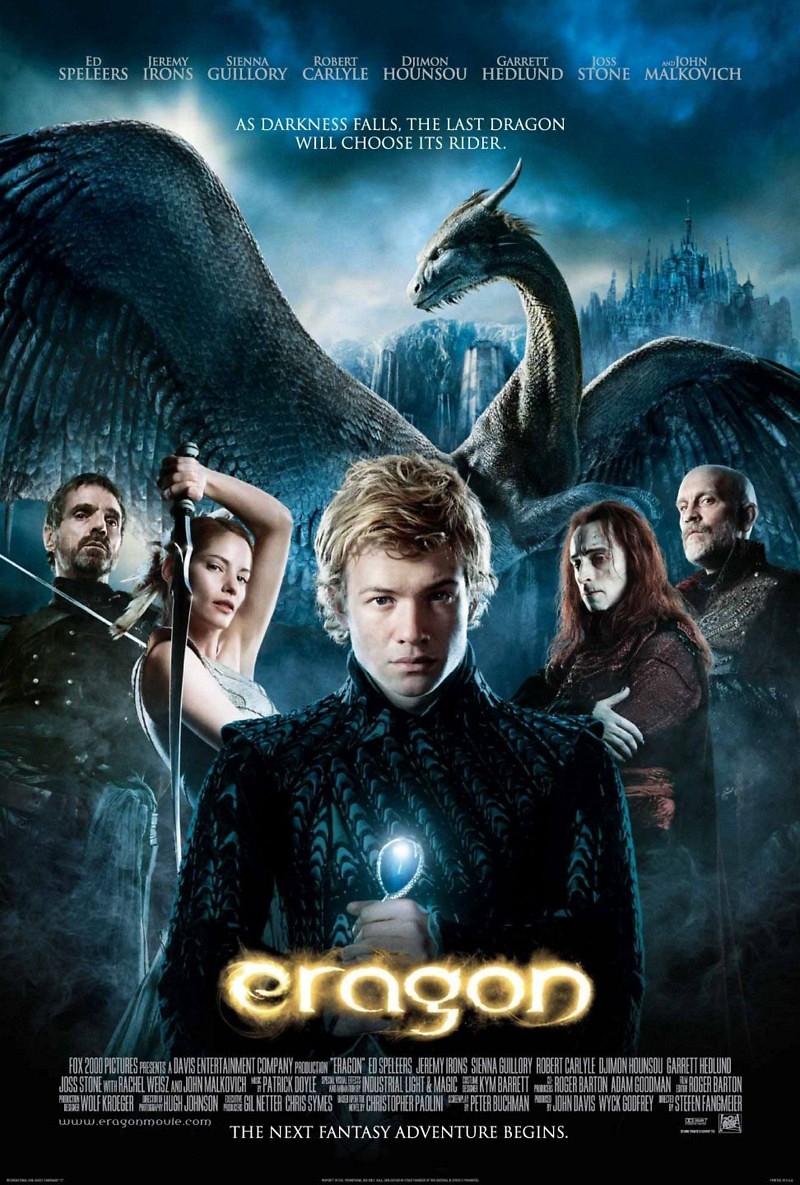 DVD: Eragon DVD release date is set for March 20, 2007. Dates do change so check back often as the release approaches.

Blu-ray: Eragon Blu-ray will be available the same day as the DVD. Blu-ray and DVD releases are typically released around 12-16 weeks after the theatrical premiere.

Digital: Eragon digital release from Amazon Video and iTunes will be available 1-2 weeks before the Blu-ray, DVD, and 4K releases. The estimate release date is March 2007. We will update this page with more details as they become available. The movie has been out for around since its theatrical release.

These are troubled times in the land of Alagaesia. The evil King Galbatorix rules the land with an iron fist. He is the last of the Dragon Riders, a band of heroes who once maintained peace in Alagaesia. Galbatorix betrayed and murdered the rest of the Dragon Riders to seize power. Farm boy Eragon dreams of a life of adventure. One day, he finds a mysterious rock. This rock turns out to be one of the last dragon eggs, and the dragon inside hatches when it chooses Eragon as her rider. Eragon must learn how to ride his dragon with the help of Brom, a former dragon rider and Erya, an elf princess. They are in a race to teach Eragon all he needs to know before he can be killed by Galbatorix.

The movie currently has a 5 out of 10 IMDb rating and 38 Metascore on Metacritic. We will continue to add and update review scores.