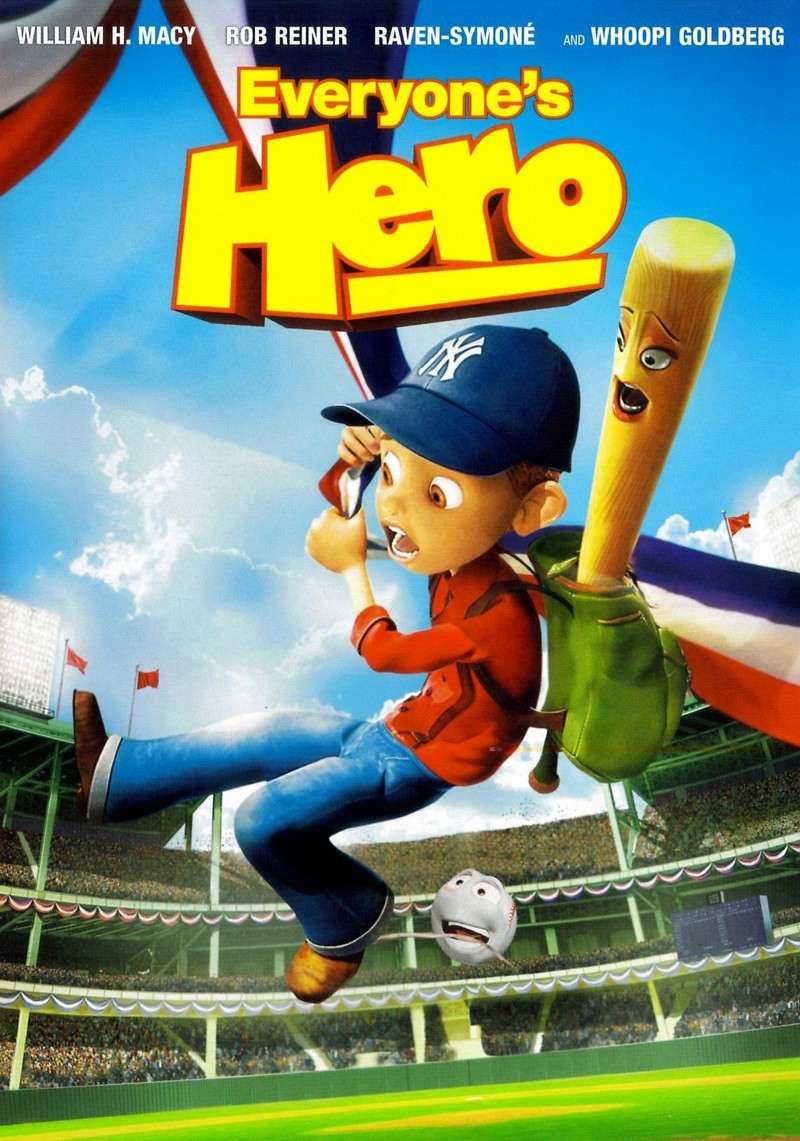 DVD: Everyone’s Hero DVD release date is set for March 20, 2007. Dates do change so check back often as the release approaches.

Blu-ray: Everyone’s Hero Blu-ray will be available the same day as the DVD. Blu-ray and DVD releases are typically released around 12-16 weeks after the theatrical premiere.

Digital: Everyone’s Hero digital release from Amazon Video and iTunes will be available 1-2 weeks before the Blu-ray, DVD, and 4K releases. The estimate release date is March 2007. We will update this page with more details as they become available. The movie has been out for around since its theatrical release.

Yankee Irving is a 10 year-old baseball fan whose father works as a janitor at Yankee Stadium in New York. Yankee loves to play baseball, but he is mostly neglected by the local kids because of his repeated strike-outs. During the World Series between the Chicago Cubs and the New York Yankees, Babe Ruths bat, Darlin, is stolen by Lefty Maginnis, a pitcher for the Cubs. Yankees father is blamed for the theft, and Yankee sets out on a thousand-mile journey to recover the bat and exonerate his father. Yankee has to persevere through his low self-esteem to accomplish his goal, but he gets help from a talking baseball named Screwie. After recovering the bat and fending off Leftys attempts to steal it back, Yankee arrives at Game 7 of the World Series in time to become an unlikely hero.

Everyone’s Hero DVD/Blu-ray is rated G. G rating means all ages are admitted. The material will not offend parents for viewing by children.

The movie currently has a 5.7 out of 10 IMDb rating and 51 Metascore on Metacritic. We will continue to add and update review scores.