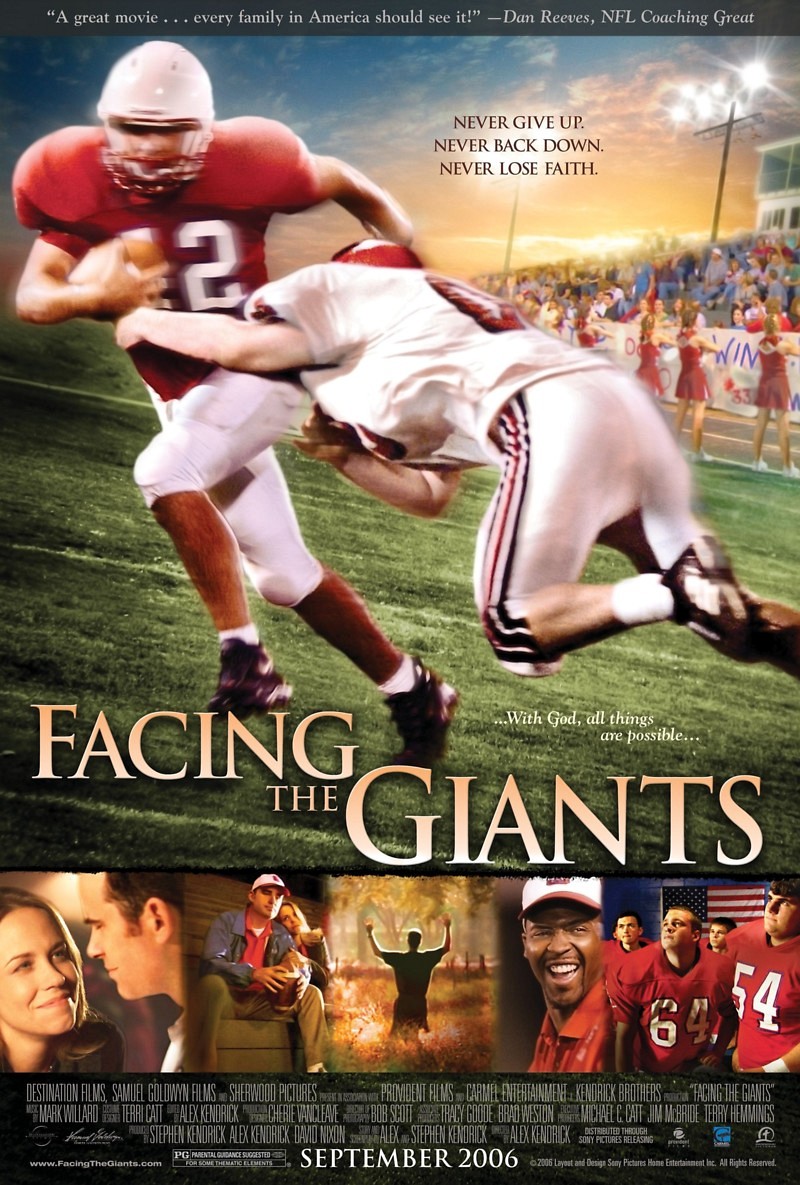 DVD: Facing the Giants DVD release date is set for January 30, 2007. Dates do change so check back often as the release approaches.

Blu-ray: Facing the Giants Blu-ray will be available the same day as the DVD. Blu-ray and DVD releases are typically released around 12-16 weeks after the theatrical premiere.

Digital: Facing the Giants digital release from Amazon Video and iTunes will be available 1-2 weeks before the Blu-ray, DVD, and 4K releases. The estimate release date is January 2007. We will update this page with more details as they become available. The movie has been out for around since its theatrical release.

Shiloh Christian Academy is home of the Eagles football team, which has been coached by Grant Taylor for six years and has yet to see a winning season. Grant faces challenges when he and his wife Brooke find out they are unable to have children. Then he discovers that there are people who are seeking to remove him from his coaching position. In despair he pleads with God to help him, and a surprise visitor delivers a message to Grant that pushes him to coach the Eagles into a stronger faith in God that will prepare the team to face incredible odds.

The movie currently has a 6 out of 10 IMDb rating and 38 Metascore on Metacritic. We will continue to add and update review scores.