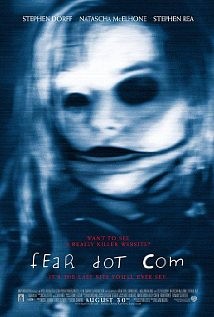 DVD: FeardotCom DVD release date is set for January 14, 2003. Dates do change so check back often as the release approaches.

Blu-ray: FeardotCom Blu-ray will be available the same day as the DVD. Blu-ray and DVD releases are typically released around 12-16 weeks after the theatrical premiere.

Digital: FeardotCom digital release from Amazon Video and iTunes will be available 1-2 weeks before the Blu-ray, DVD, and 4K releases. The estimate release date is January 2003. We will update this page with more details as they become available. The movie has been out for around since its theatrical release.

NYPD Detective Mike Reilly investigates the case of a man hit by a subway car, found with a frozen look of terror on the victim’s face. When Reilly finds out from researcher Terry Huston that other victims of horrific accidents are turning up with the same appearance, the trail eventually leads to a website visited by all of the victims shortly before they died. Reilly’s friend, forensic specialist Denise Stone, reviews the data on the crashed hard drives and also dies of terror. Clues also suggest that the case may have ties to Alastair “The Doctor” Pratt, a serial killer Mike has been tracking unsuccessfully for years. Terry and Mike have no choice but to visit the web site themselves….

FeardotCom DVD/Blu-ray is rated R. R stands for ‘Restricted’, which means children under 17 require accompanying parent or adult guardian. The movie contains some adult material and parents are urged to learn more about the movie.

The movie currently has a 3.2 out of 10 IMDb rating and 16 Metascore on Metacritic. We will continue to add and update review scores.