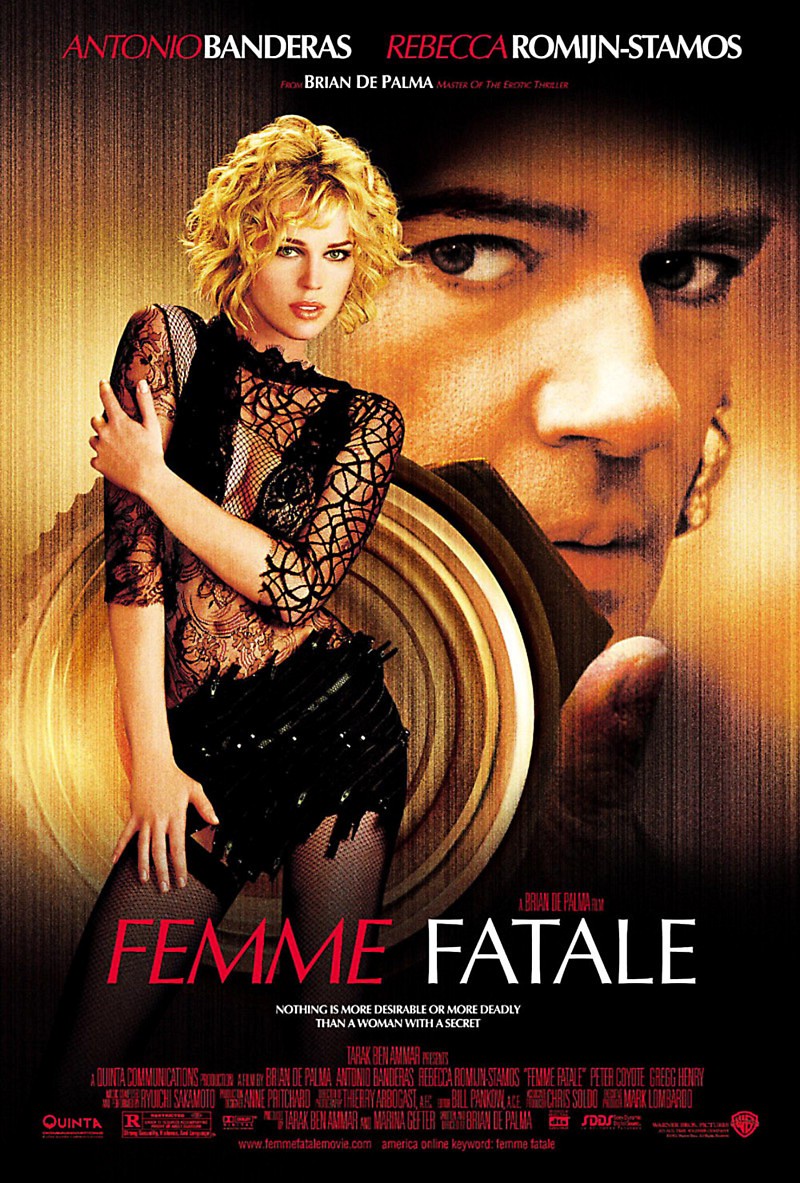 DVD: Femme Fatale DVD release date is set for March 25, 2003. Dates do change so check back often as the release approaches.

Blu-ray: Femme Fatale Blu-ray will be available the same day as the DVD. Blu-ray and DVD releases are typically released around 12-16 weeks after the theatrical premiere.

Digital: Femme Fatale digital release from Amazon Video and iTunes will be available 1-2 weeks before the Blu-ray, DVD, and 4K releases. The estimate release date is March 2003. We will update this page with more details as they become available. The movie has been out for around since its theatrical release.

Laurie Ash is a thief who snags an expensive and highly coveted diamond during the Cannes Film Festival. After ditching her partners-in-crime, a family sees Laurie and thinks she is Lily, a woman whose husband and child were killed in an accident and who has been missing for a period of time. Laurie sees an escape route and goes along with it. While bathing in Lily’s tub, the real Lily comes home and ends her life. Laurie then completely transforms herself into Lily and travels to the United States, where she marries a wealthy ambassador. Upon returning to France, Laurie discovers her past has not gone away.

Femme Fatale DVD/Blu-ray is rated R. R stands for ‘Restricted’, which means children under 17 require accompanying parent or adult guardian. The movie contains some adult material and parents are urged to learn more about the movie.

The movie currently has a 6.3 out of 10 IMDb rating and 59 Metascore on Metacritic. We will continue to add and update review scores.