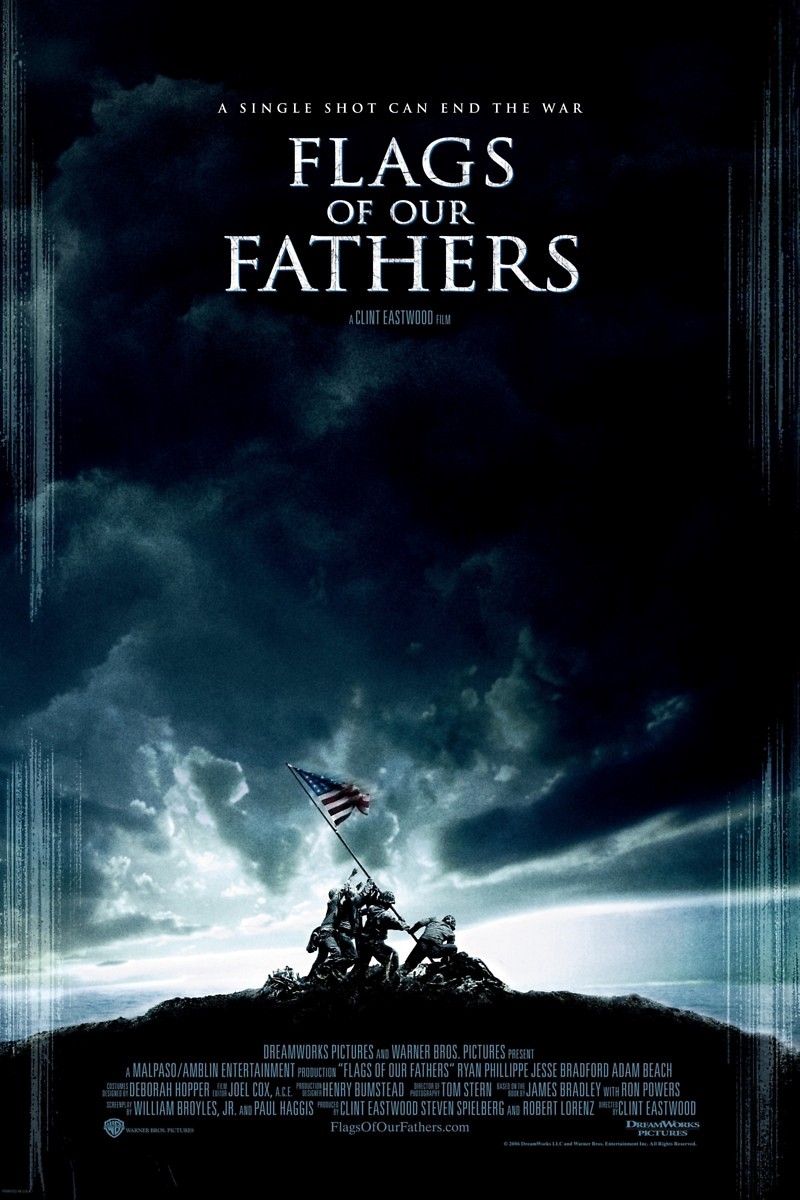 DVD: Flags of Our Fathers DVD release date is set for February 6, 2007. Dates do change so check back often as the release approaches.

Blu-ray: Flags of Our Fathers Blu-ray will be available the same day as the DVD. Blu-ray and DVD releases are typically released around 12-16 weeks after the theatrical premiere.

Digital: Flags of Our Fathers digital release from Amazon Video and iTunes will be available 1-2 weeks before the Blu-ray, DVD, and 4K releases. The estimate release date is January 2007. We will update this page with more details as they become available. The movie has been out for around since its theatrical release.

Flags of Our Fathers stars Ryan Phillippe, Jesse Bradford, Adam Beach, John Benjamin Hickey, John Slattery. View everything you need to know about the movie below.

Following the fierce battle to claim Mount Suribachi in the opening days of the World War II Battle of Iwo Jima, six Marines valiantly raise the American flag on the mountain’s summit as a signal to their compatriots to continue the fight. Inadvertently, the photo of the event brings the group unwanted fame back home, where they are hailed as heroes. The U.S. government, desperate to raise funds to support the war, decides to capitalize on their popularity by bringing the three survivors of the battle back to the states for a war bond tour. The trio reflect on their lives as they struggle to deal with their newfound celebrity, survivor’s guilt and to live up to the reputations the War Department has carefully cultivated for them, even though they know the stories are untrue.

Flags of Our Fathers DVD/Blu-ray is rated R. R stands for ‘Restricted’, which means children under 17 require accompanying parent or adult guardian. The movie contains some adult material and parents are urged to learn more about the movie.

The movie currently has a 7.2 out of 10 IMDb rating and 79 Metascore on Metacritic. We will continue to add and update review scores.