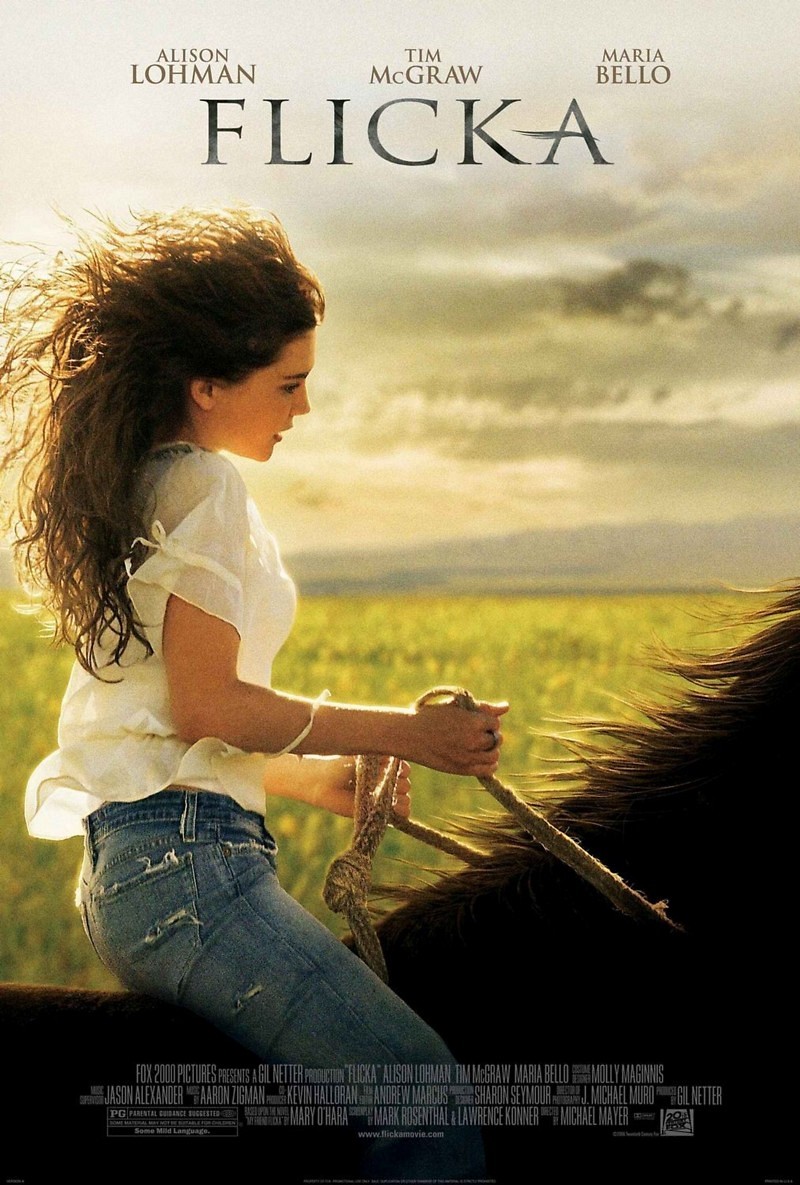 DVD: Flicka DVD release date is set for February 6, 2007. Dates do change so check back often as the release approaches.

Blu-ray: Flicka Blu-ray will be available the same day as the DVD. Blu-ray and DVD releases are typically released around 12-16 weeks after the theatrical premiere.

Digital: Flicka digital release from Amazon Video and iTunes will be available 1-2 weeks before the Blu-ray, DVD, and 4K releases. The estimate release date is January 2007. We will update this page with more details as they become available. The movie has been out for around since its theatrical release.

Although Katys family works on a ranch, she has never had much of an opportunity to participate as she has been away at boarding school. When she is home for vacation, she encounters a wild mustang near the ranch. She decides the best way to convince her father than she can be a ranch hand is by taming the horse. The task is difficult, but eventually she begins to teach her new horse how to behave.

The movie currently has a 5.7 out of 10 IMDb rating and 57 Metascore on Metacritic. We will continue to add and update review scores.