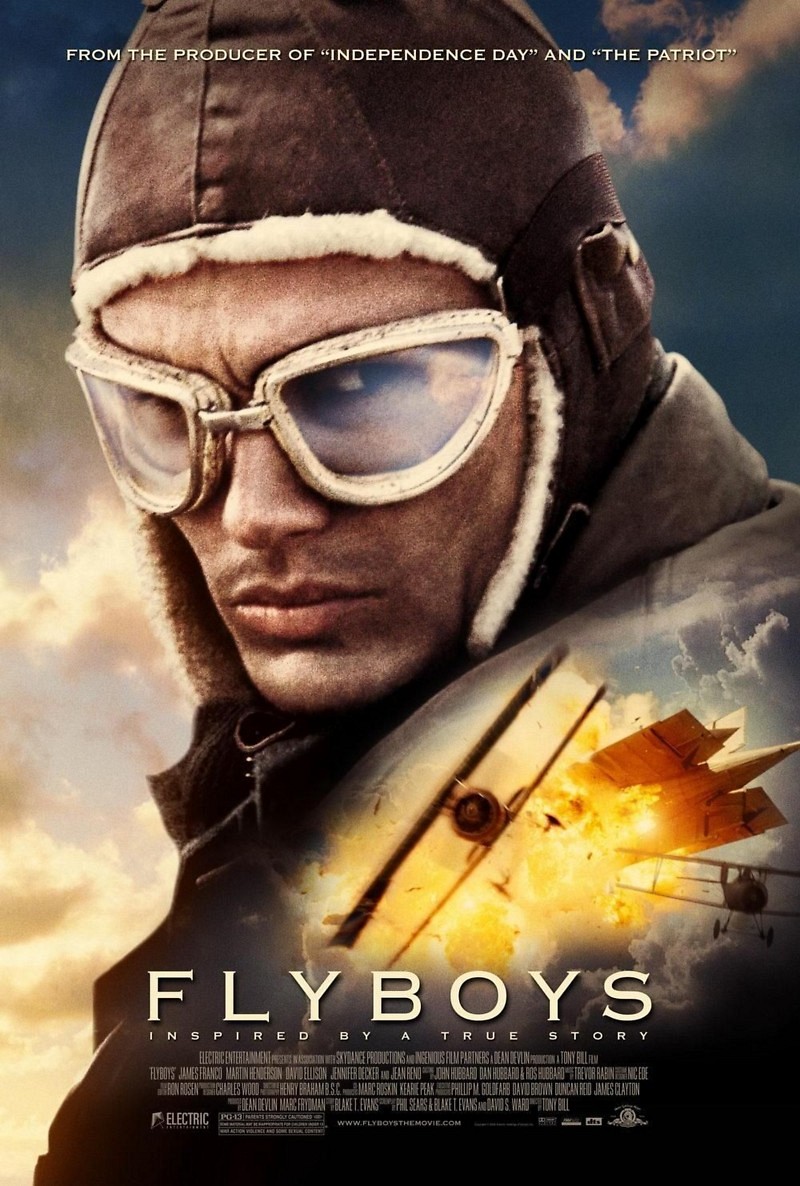 DVD: Flyboys DVD release date is set for January 30, 2007. Dates do change so check back often as the release approaches.

Blu-ray: Flyboys Blu-ray will be available the same day as the DVD. Blu-ray and DVD releases are typically released around 12-16 weeks after the theatrical premiere.

Digital: Flyboys digital release from Amazon Video and iTunes will be available 1-2 weeks before the Blu-ray, DVD, and 4K releases. The estimate release date is January 2007. We will update this page with more details as they become available. The movie has been out for around since its theatrical release.

During World War 1, a group of young Americans volunteer to become pilots in the Layfayette Escadrille. The 124th squadron was formed by the French in 1916. The squadron is made up of five French officers and close to 40 American volunteers. Dilettante Briggs Lowry joins to escape to clutches of his overbearing father. Blaine Rawlings is staring down the foreclosure of his family home when he decides to volunteer. Throughout their training, each pilot struggles with the demands of the job and find that enlisting was not what they cracked it up to be.

Flyboys DVD/Blu-ray is rated PG-13. Parents are urged to be cautious. Some material may be inappropriate for pre-teenagers (under 13).