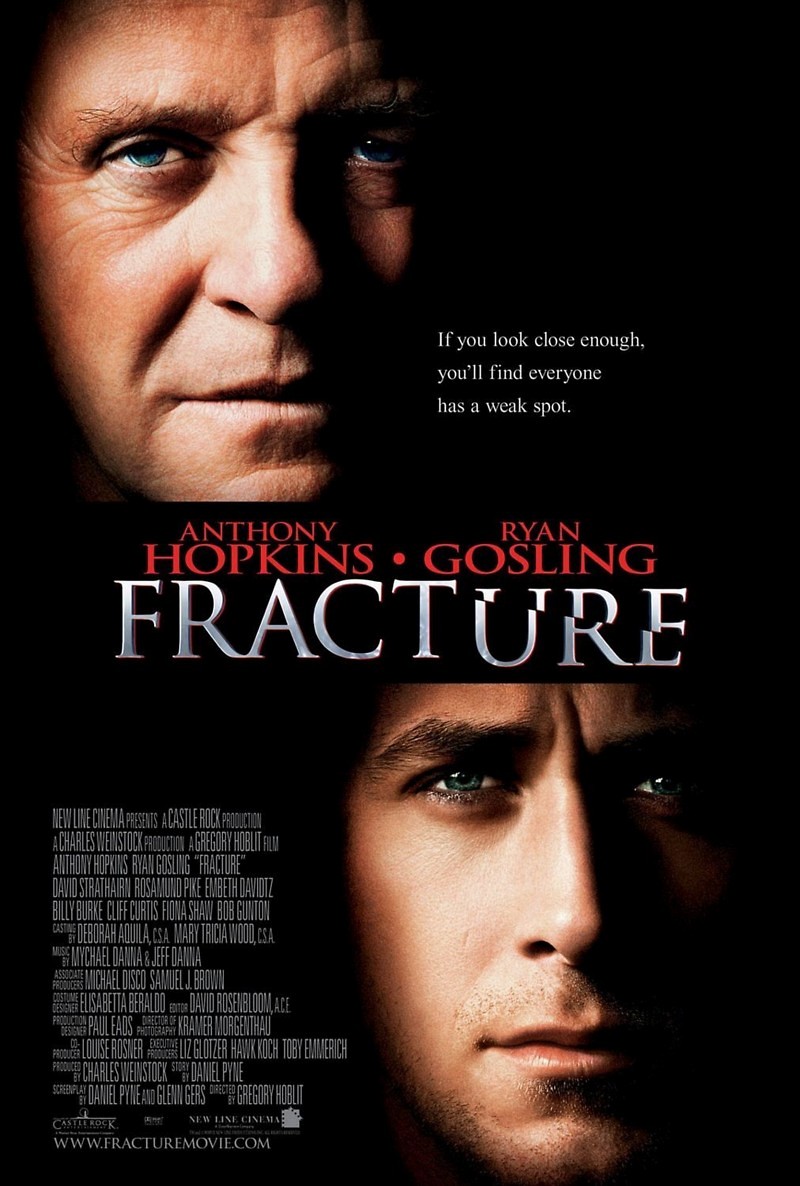 DVD: Fracture DVD release date is set for August 14, 2007. Dates do change so check back often as the release approaches.

Blu-ray: Fracture Blu-ray will be available the same day as the DVD. Blu-ray and DVD releases are typically released around 12-16 weeks after the theatrical premiere.

Digital: Fracture digital release from Amazon Video and iTunes will be available 1-2 weeks before the Blu-ray, DVD, and 4K releases. The estimate release date is August 2007. We will update this page with more details as they become available. The movie has been out for around since its theatrical release.

After shooting his wife and her lover, Ted Crawford admits his guilt to the police. However, he changes his mind and decides to plead not guilty when the crime is taken to court. Crawford must defend himself against an ambitious young lawyer named Willy Beachum. Although Beachum has a job offer at a respected company, he finds himself unable to turn down this last case. Although confident in the ease of the case, Beachum soon discovers that missing evidence and gross misconduct in the investigation might prevent him from putting Crawford behind bars.

Fracture DVD/Blu-ray is rated R. R stands for ‘Restricted’, which means children under 17 require accompanying parent or adult guardian. The movie contains some adult material and parents are urged to learn more about the movie.

The movie currently has a 7.1 out of 10 IMDb rating and 68 Metascore on Metacritic. We will continue to add and update review scores.