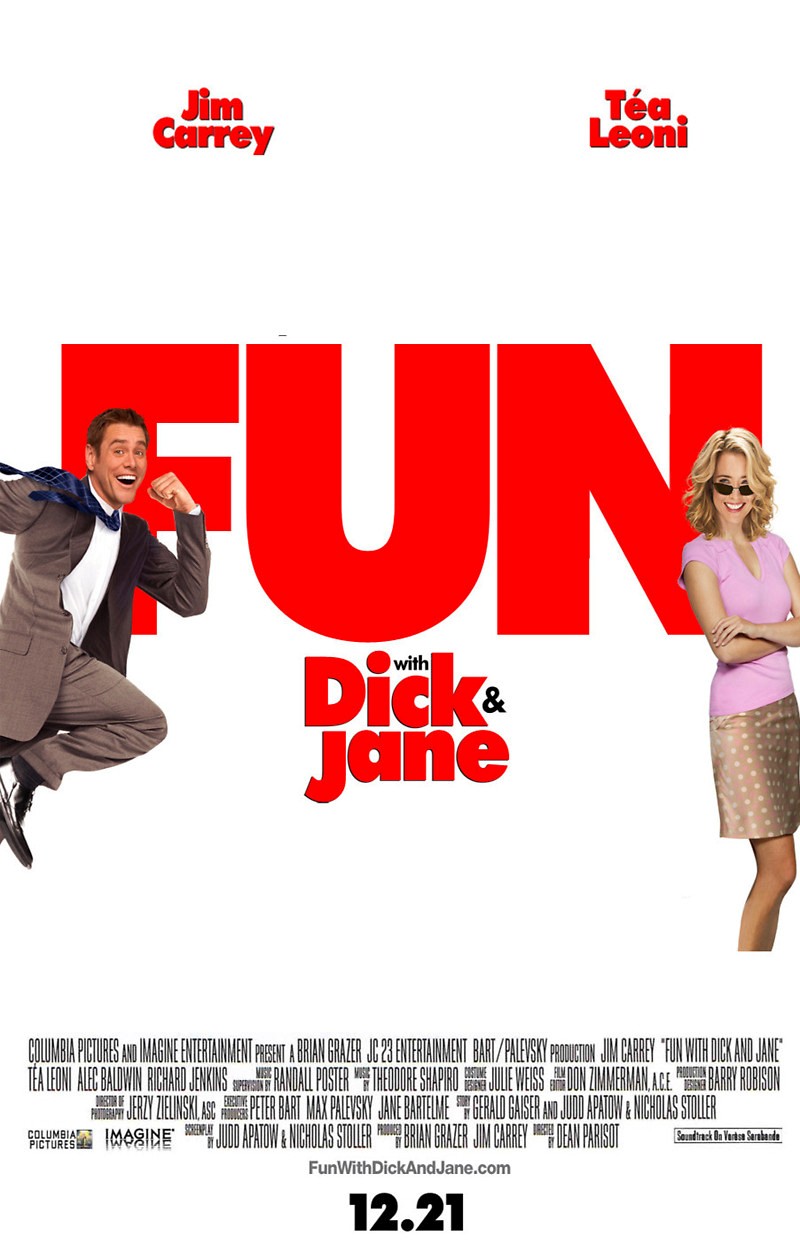 DVD: Fun with Dick and Jane DVD release date is set for April 11, 2006. Dates do change so check back often as the release approaches.

Blu-ray: Fun with Dick and Jane Blu-ray will be available the same day as the DVD. Blu-ray and DVD releases are typically released around 12-16 weeks after the theatrical premiere.

Digital: Fun with Dick and Jane digital release from Amazon Video and iTunes will be available 1-2 weeks before the Blu-ray, DVD, and 4K releases. The estimate release date is April 2006. We will update this page with more details as they become available. The movie has been out for around since its theatrical release.

Fun with Dick and Jane stars Jim Carrey, Téa Leoni, Alec Baldwin, Richard Jenkins, Angie Harmon. View everything you need to know about the movie below.

After losing his job due to bankruptcy Dick (Jim Carrey) and his wife Jane (Tea Lioni) begin to slip slowly into poverty. After trying everything they can, including medical product testing, Dick and Jane’s house is now foreclosed. Desperate to provide for their son, and keep a roof over their heads Dick and Jane now turn to a hilarious life of crime. After stealing and robbing their way back into their home Dick is now being indicted for the company that he worked for. In a last ditch effort to get back at his old CEO Dick and Jane plan to intercept a bank transfer worth $400 million dollars. After getting the money Dick and Jane drive off into the horizon in a rusty car.

Fun with Dick and Jane DVD/Blu-ray is rated PG-13. Parents are urged to be cautious. Some material may be inappropriate for pre-teenagers (under 13).

The movie currently has a 6 out of 10 IMDb rating and 47 Metascore on Metacritic. We will continue to add and update review scores.