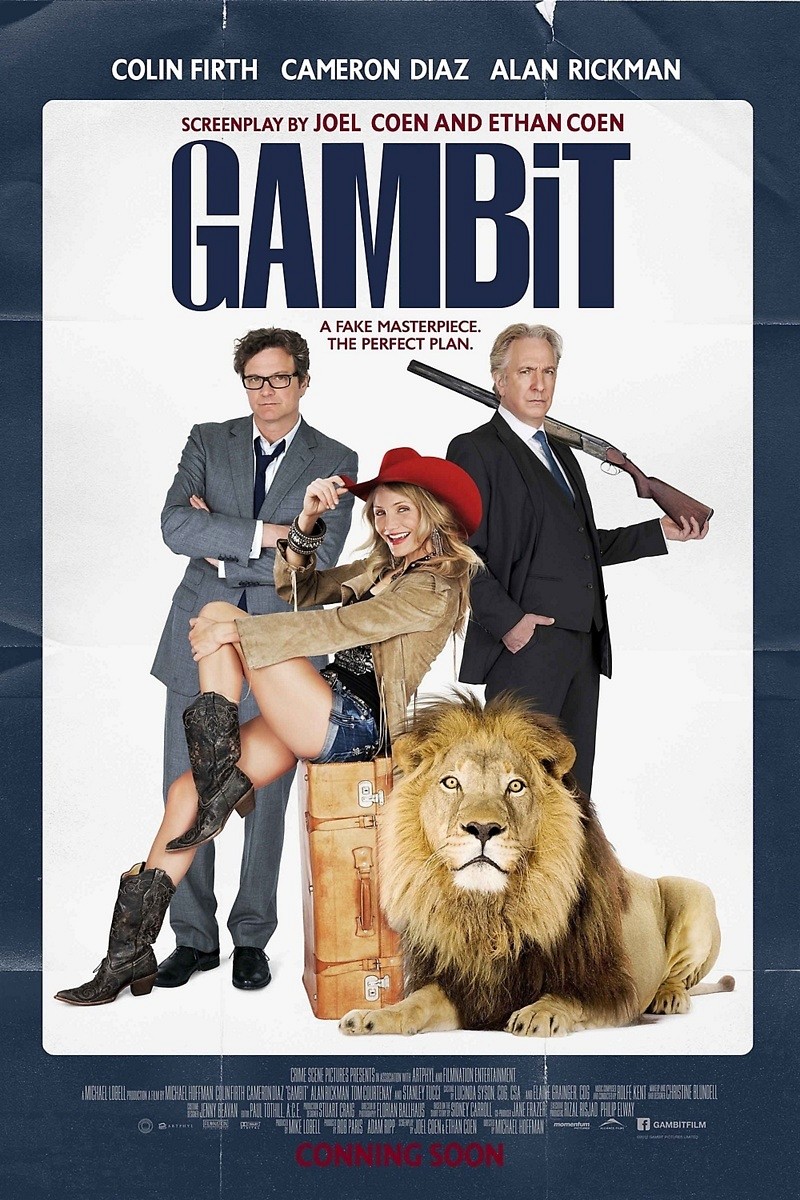 DVD: Gambit DVD release date is set for May 27, 2014. Dates do change so check back often as the release approaches.

Blu-ray: Gambit Blu-ray will be available the same day as the DVD. Blu-ray and DVD releases are typically released around 12-16 weeks after the theatrical premiere.

Digital: Gambit digital release from Amazon Video and iTunes will be available 1-2 weeks before the Blu-ray, DVD, and 4K releases. The estimate release date is May 2014. We will update this page with more details as they become available. The movie has been out for around since its theatrical release.

Art curator Harry Deane is looking to get revenge on his abusive boss and finds help in the form of fast-talking, Texan rodeo rider PJ Puznowski. Together, the two craft a scheme to fool the richest man in England into purchasing a counterfeit Monet painting, a task made all the more complicated when Deane unexpectedly develops feelings for his accomplice. PJ, however, is not who she appears to be, and Deane finds himself caught between a rock and a hard place as he tries to hold the plan together.

Gambit DVD/Blu-ray is rated PG-13. Parents are urged to be cautious. Some material may be inappropriate for pre-teenagers (under 13).