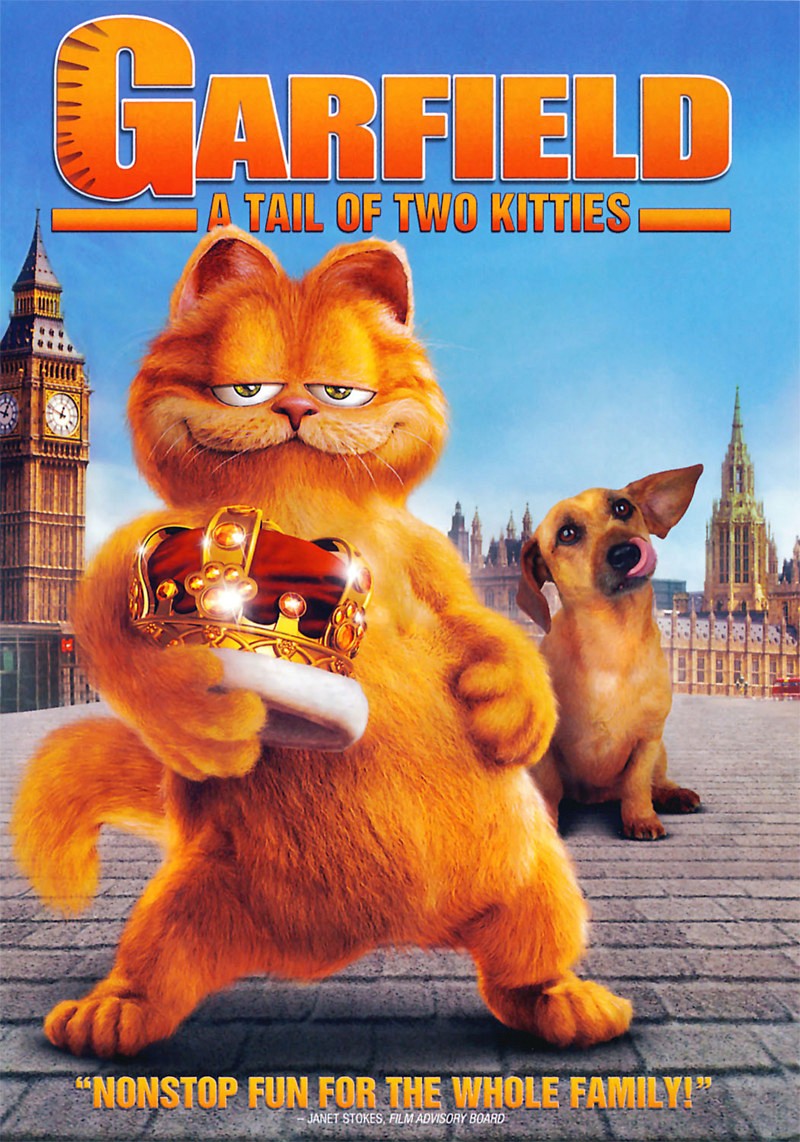 DVD: Garfield: A Tail of Two Kitties DVD release date is set for October 10, 2006. Dates do change so check back often as the release approaches.

Blu-ray: Garfield: A Tail of Two Kitties Blu-ray will be available the same day as the DVD. Blu-ray and DVD releases are typically released around 12-16 weeks after the theatrical premiere.

Digital: Garfield: A Tail of Two Kitties digital release from Amazon Video and iTunes will be available 1-2 weeks before the Blu-ray, DVD, and 4K releases. The estimate release date is October 2006. We will update this page with more details as they become available. The movie has been out for around since its theatrical release.

Garfield, the fat and lazy orange cat who is accustomed to spending his days sleeping, watching TV and dreaming of lasagna, travels with his owner Jon Arbuckle and Jon’s dopey dog Odie to the UK. While they are there, someone mistakes Garfield for a royal cat that has inherited a castle. Garfield is more than happy to be given the royal treatment, so he makes no objection when he is plucked into a throne and people begin to wait on him hand and foot. However, complications arise when a vile duke attempts to usurp the throne, deposing Garfield and leaving him in ruins. Will Odie and Jon be able to help, and what will become of the cat whose place Garfield has so happily taken?

The movie currently has a 4.8 out of 10 IMDb rating and 37 Metascore on Metacritic. We will continue to add and update review scores.