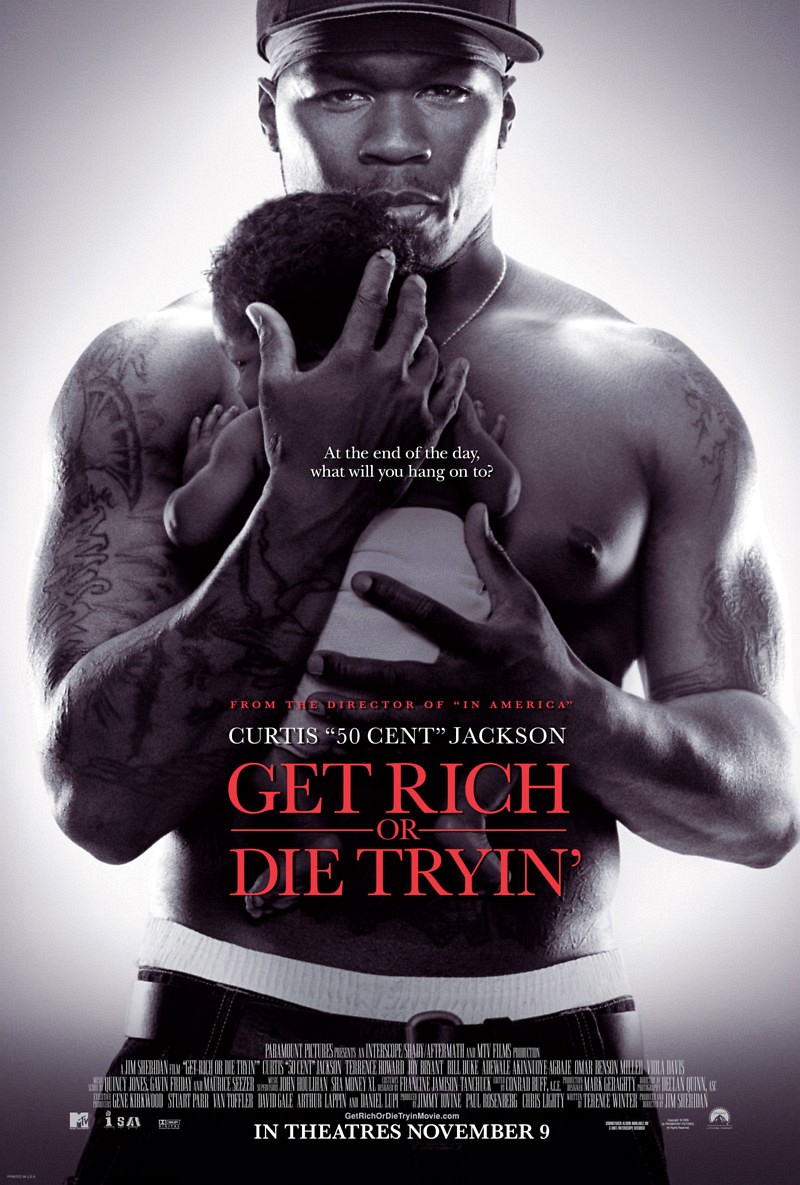 DVD: Get Rich or Die Tryin’ DVD release date is set for March 28, 2006. Dates do change so check back often as the release approaches.

Blu-ray: Get Rich or Die Tryin’ Blu-ray will be available the same day as the DVD. Blu-ray and DVD releases are typically released around 12-16 weeks after the theatrical premiere.

Digital: Get Rich or Die Tryin’ digital release from Amazon Video and iTunes will be available 1-2 weeks before the Blu-ray, DVD, and 4K releases. The estimate release date is March 2006. We will update this page with more details as they become available. The movie has been out for around since its theatrical release.

Get Rich or Die Tryin’ stars 50 Cent, Adewale Akinnuoye-Agbaje, Joy Bryant, Omar Benson Miller, Tory Kittles. View everything you need to know about the movie below.

Marcus works as a street corner drug dealer. Although he is good at what he does, he is always surrounded by violence, crime, and death. Marcus knows that if he remains in this life, he will eventually be killed or imprisoned himself like so many others have before him. He makes the decision to break out of the drug world and into the local rap scene where he demonstrates a remarkable talent unlike most others.

Get Rich or Die Tryin’ DVD/Blu-ray is rated R. R stands for ‘Restricted’, which means children under 17 require accompanying parent or adult guardian. The movie contains some adult material and parents are urged to learn more about the movie.

The movie currently has a 4.3 out of 10 IMDb rating and 45 Metascore on Metacritic. We will continue to add and update review scores.