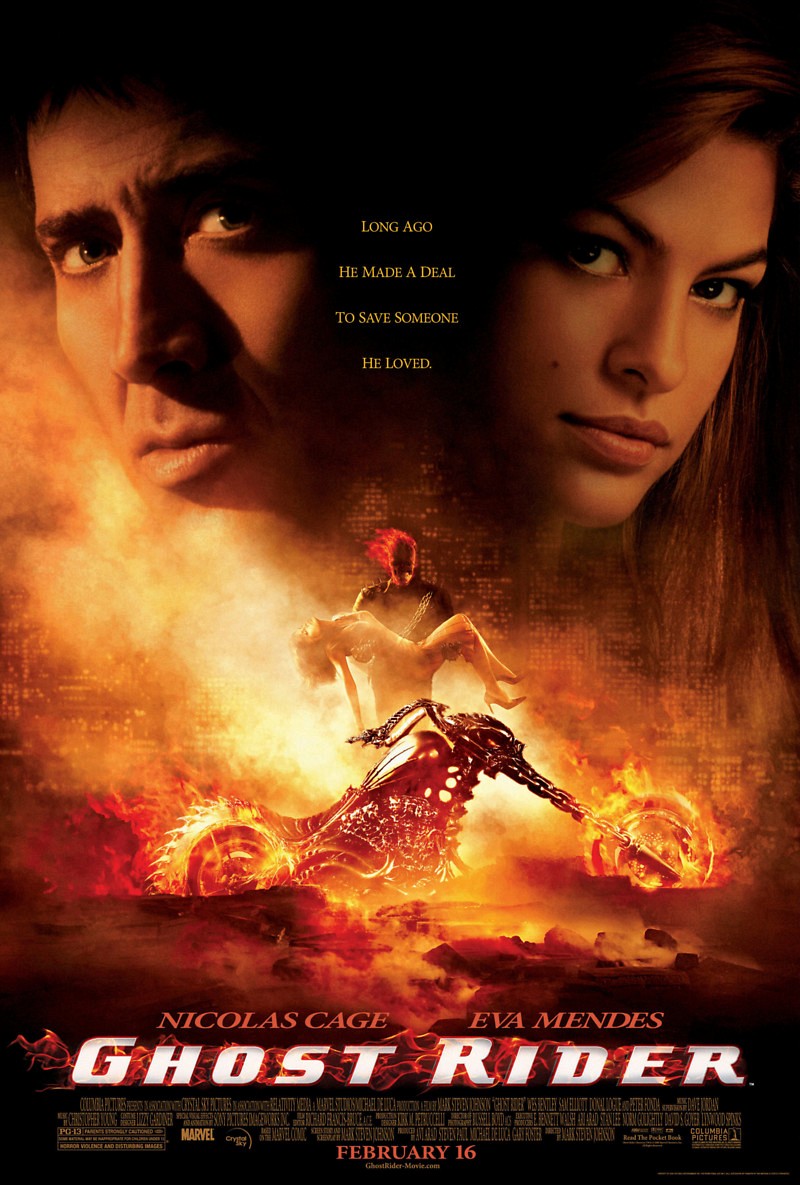 DVD: Ghost Rider DVD release date is set for June 12, 2007. Dates do change so check back often as the release approaches.

Blu-ray: Ghost Rider Blu-ray will be available the same day as the DVD. Blu-ray and DVD releases are typically released around 12-16 weeks after the theatrical premiere.

Digital: Ghost Rider digital release from Amazon Video and iTunes will be available 1-2 weeks before the Blu-ray, DVD, and 4K releases. The estimate release date is June 2007. We will update this page with more details as they become available. The movie has been out for around since its theatrical release.

Mephisto, the Ruler of Hell, appears before teen motorcyclist Johnny Blaze and offers the boy a deal; if Johnny gives up his soul, Mephisto will cure his father’s cancer. While Johnny rebuffs him at first, he accidentally winds up signing the contract. The following day, Johnny is amazed that his father is doing fine. However, the man still winds up dying in a motorcycle accident. Johnny calls bull on Mephisto, but Mephisto says he obeyed the terms of the contract. The film jumps ahead years to Johnny as a professional stunt cyclist. After a series of close calls, Mephisto turns Johnny into the “Ghost Rider,” a spirit of vengeance, to thwart the opposing plans of his son, Blackheart.

Ghost Rider DVD/Blu-ray is rated PG-13. Parents are urged to be cautious. Some material may be inappropriate for pre-teenagers (under 13).

The movie currently has a 5.2 out of 10 IMDb rating and 35 Metascore on Metacritic. We will continue to add and update review scores.