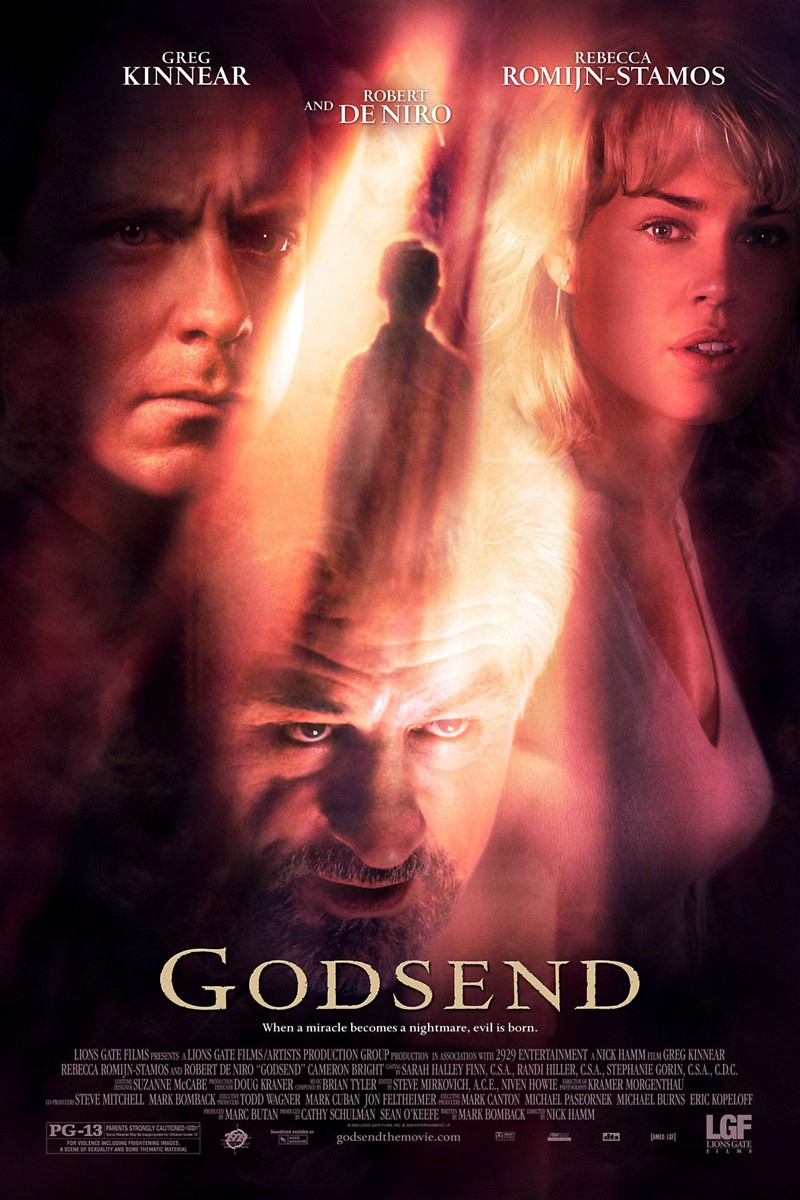 DVD: Godsend DVD release date is set for August 17, 2004. Dates do change so check back often as the release approaches.

Blu-ray: Godsend Blu-ray will be available the same day as the DVD. Blu-ray and DVD releases are typically released around 12-16 weeks after the theatrical premiere.

Digital: Godsend digital release from Amazon Video and iTunes will be available 1-2 weeks before the Blu-ray, DVD, and 4K releases. The estimate release date is August 2004. We will update this page with more details as they become available. The movie has been out for around since its theatrical release.

Devastated by the untimely death of their young child, a husband and wife decide to work with a cutting edge doctor to have their son Adam cloned. At first things appear to be somewhat normal with what looks like the boy they lost. However, as time passes strange things begin to happen and events grow progressively worse. This soon causes the once grieving Paul and Jesse Duncan to suspect that they may have made a serious mistake in trying to replicate their child.

Godsend DVD/Blu-ray is rated PG-13. Parents are urged to be cautious. Some material may be inappropriate for pre-teenagers (under 13).

The movie currently has a 4.7 out of 10 IMDb rating and 24 Metascore on Metacritic. We will continue to add and update review scores.