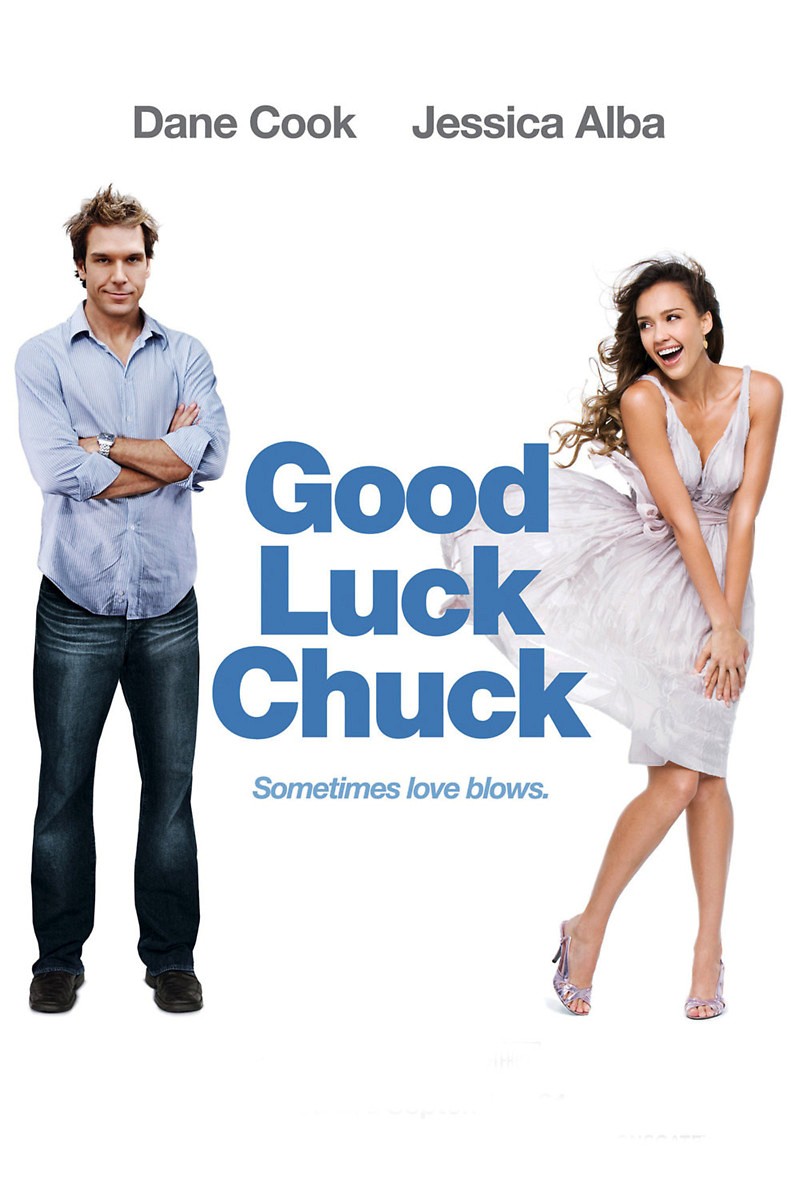 DVD: Good Luck Chuck DVD release date is set for January 15, 2008. Dates do change so check back often as the release approaches.

Blu-ray: Good Luck Chuck Blu-ray will be available the same day as the DVD. Blu-ray and DVD releases are typically released around 12-16 weeks after the theatrical premiere.

Digital: Good Luck Chuck digital release from Amazon Video and iTunes will be available 1-2 weeks before the Blu-ray, DVD, and 4K releases. The estimate release date is January 2008. We will update this page with more details as they become available. The movie has been out for around since its theatrical release.

Everyone knows that if they sleep with Charlie Chuck Logan guarantees that the next person they date will be the person that they marry. Although Charlie doesnt believe that this is actually true, hes always enjoyed the benefits of this rumor and rarely goes more than a day or two without bedding a woman. When he meets Cam Wexler, his enjoyment over this rumor changes because he wants nothing more than to spend the rest of his life with her. However, he starts to believe that this rumor might be an actual curse when he finds that obtaining and keeping her love is nearly impossible.

Good Luck Chuck DVD/Blu-ray is rated R. R stands for ‘Restricted’, which means children under 17 require accompanying parent or adult guardian. The movie contains some adult material and parents are urged to learn more about the movie.

The movie currently has a 5.6 out of 10 IMDb rating and 19 Metascore on Metacritic. We will continue to add and update review scores.