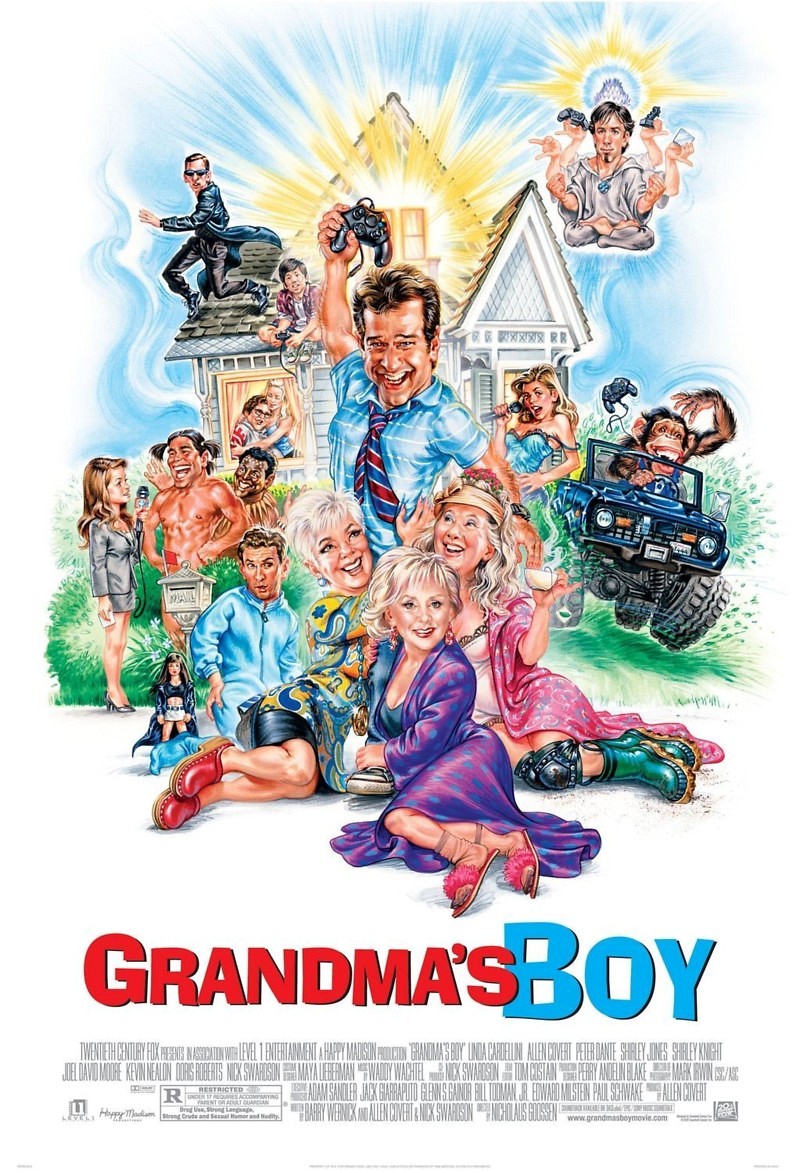 DVD: Grandma’s Boy DVD release date is set for May 9, 2006. Dates do change so check back often as the release approaches.

Blu-ray: Grandma’s Boy Blu-ray will be available the same day as the DVD. Blu-ray and DVD releases are typically released around 12-16 weeks after the theatrical premiere.

Digital: Grandma’s Boy digital release from Amazon Video and iTunes will be available 1-2 weeks before the Blu-ray, DVD, and 4K releases. The estimate release date is April 2006. We will update this page with more details as they become available. The movie has been out for around since its theatrical release.

Alex loses his apartment when his roommate blows the rent on Filipino hookers. He tries to stay with his friend Jeff and ends up getting caught masturbating by Jeff’s mother. Alex approaches his weed dealer for a place to crash, but is rebuked because the dealer owns a fully-grown lion. Frustrated, Alex finally agrees to live with his Grandma and her two roommates. Alex works as a video game tester and programmer. The elderly ladies he lives with quickly become addicted to television shows and keep him up at all hours doing chores around the house. At work, the head programmer attempts to steal a game Alex has been working on for years independently. Grandma saves the day by demonstrating her skill at the game and proving that Alex is the true programmer of the title.

Grandma’s Boy DVD/Blu-ray is rated R. R stands for ‘Restricted’, which means children under 17 require accompanying parent or adult guardian. The movie contains some adult material and parents are urged to learn more about the movie.

The movie currently has a 6.9 out of 10 IMDb rating and 33 Metascore on Metacritic. We will continue to add and update review scores.