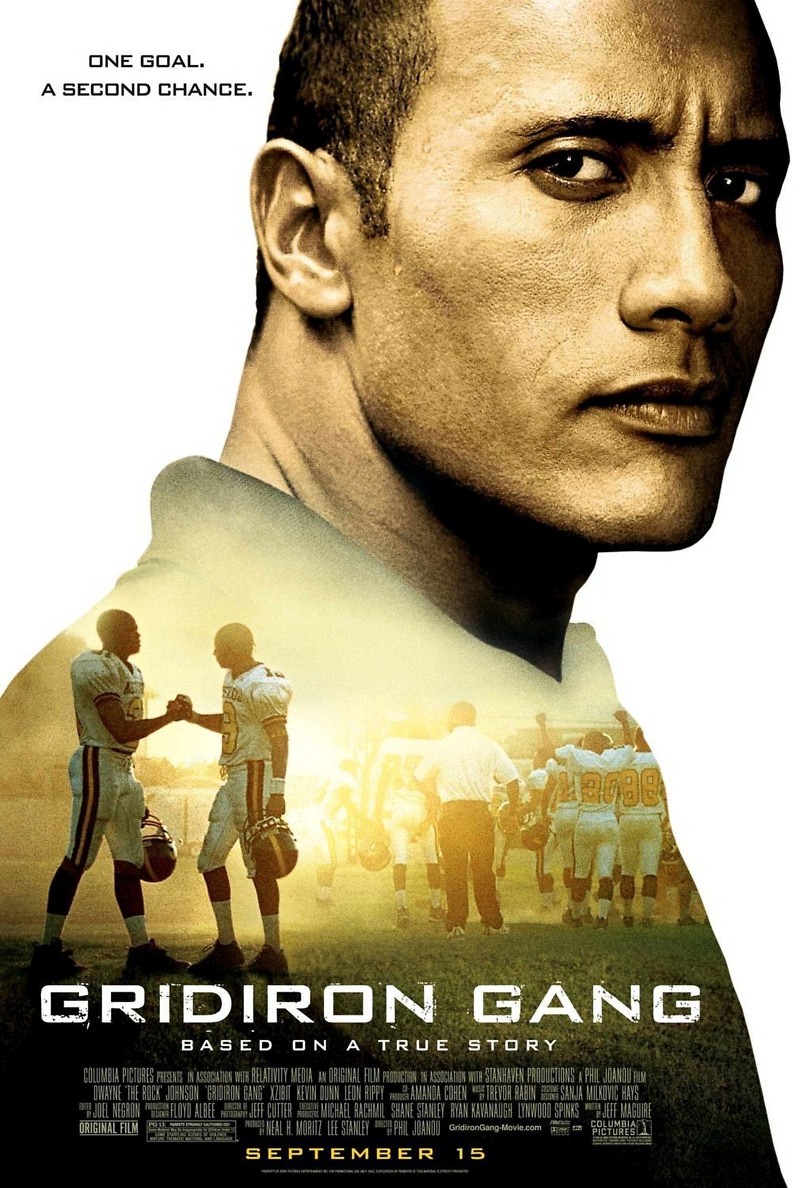 DVD: Gridiron Gang DVD release date is set for January 16, 2007. Dates do change so check back often as the release approaches.

Blu-ray: Gridiron Gang Blu-ray will be available the same day as the DVD. Blu-ray and DVD releases are typically released around 12-16 weeks after the theatrical premiere.

Digital: Gridiron Gang digital release from Amazon Video and iTunes will be available 1-2 weeks before the Blu-ray, DVD, and 4K releases. The estimate release date is January 2007. We will update this page with more details as they become available. The movie has been out for around since its theatrical release.

Sean Porter is a supervisor as the Kilpatrick Detention Center in Los Angeles. Trying to find a way to reach his teenage inmates, Porter suggests they start a football team. He sees team sports as a way to teach discipline, respect and teamwork to the group, some of whom are from rival gangs. Malcolm Moore, a probation officer, joins Porter as an assistant coach and the two try to shape a group of young men who distrust each other into a cohesive, winning team while also improving their self-esteem and their futures.

Gridiron Gang DVD/Blu-ray is rated PG-13. Parents are urged to be cautious. Some material may be inappropriate for pre-teenagers (under 13).

The movie currently has a 6.8 out of 10 IMDb rating and 52 Metascore on Metacritic. We will continue to add and update review scores.