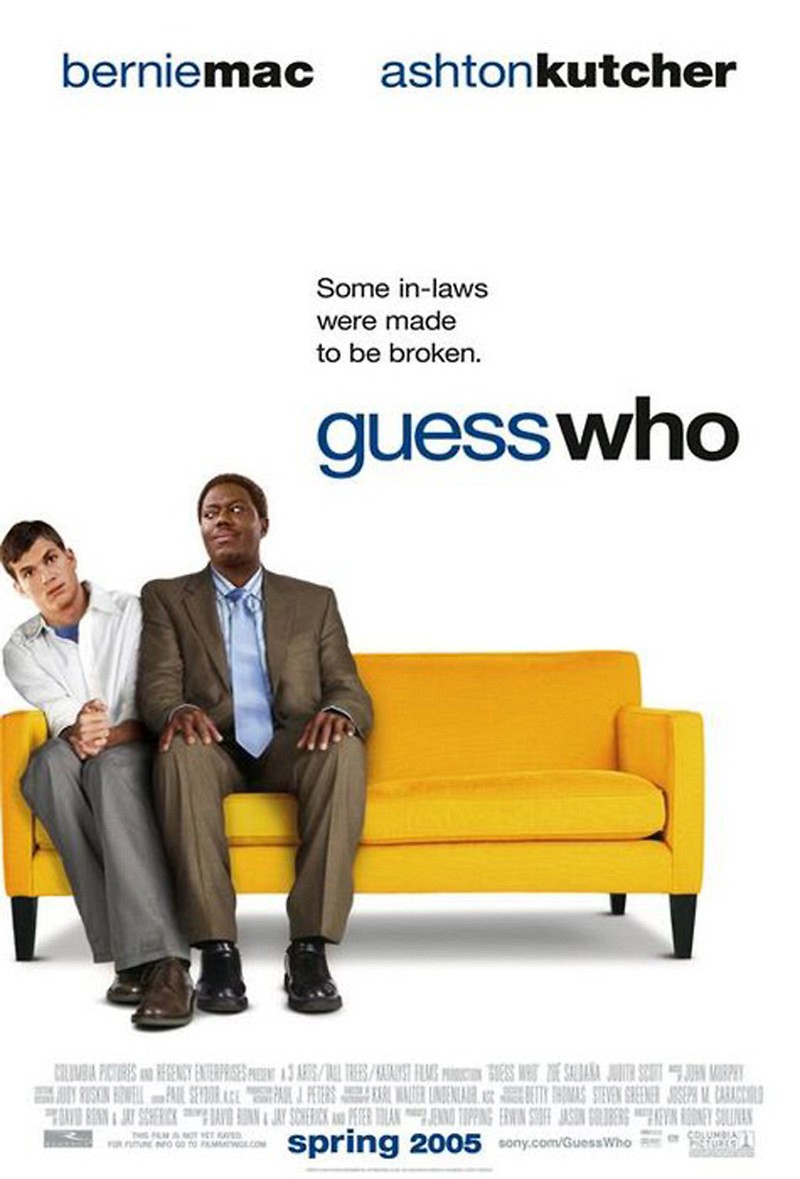 DVD: Guess Who DVD release date is set for August 2, 2005. Dates do change so check back often as the release approaches.

Blu-ray: Guess Who Blu-ray will be available the same day as the DVD. Blu-ray and DVD releases are typically released around 12-16 weeks after the theatrical premiere.

Digital: Guess Who digital release from Amazon Video and iTunes will be available 1-2 weeks before the Blu-ray, DVD, and 4K releases. The estimate release date is July 2005. We will update this page with more details as they become available. The movie has been out for around since its theatrical release.

Guess Who stars Bernie Mac, Ashton Kutcher, Zoe Saldana, Judith Scott, Hal Williams. View everything you need to know about the movie below.

Loosely based on the classic “Guess Who’s Coming to Dinner?,” “Guess Who” focuses on a snarky man named Percy who is none too pleased to discover that his daughter has decided to marry a white man. This happens at a time of heightened tensions anyway because although he and his wife are celebrating their anniversary, Percy has a terrible secret, which is the fact that he has lost his job. As the weekend progresses, not only is the blossoming relationship jeopardized, so is the long marriage. Long-submerged trust issues begin to rise to the surface, and the men having such a difficult time relating to each other may need to find a way to see eye to eye if they are to repair the damage.

Guess Who DVD/Blu-ray is rated PG-13. Parents are urged to be cautious. Some material may be inappropriate for pre-teenagers (under 13).

The movie currently has a 5.7 out of 10 IMDb rating and 49 Metascore on Metacritic. We will continue to add and update review scores.