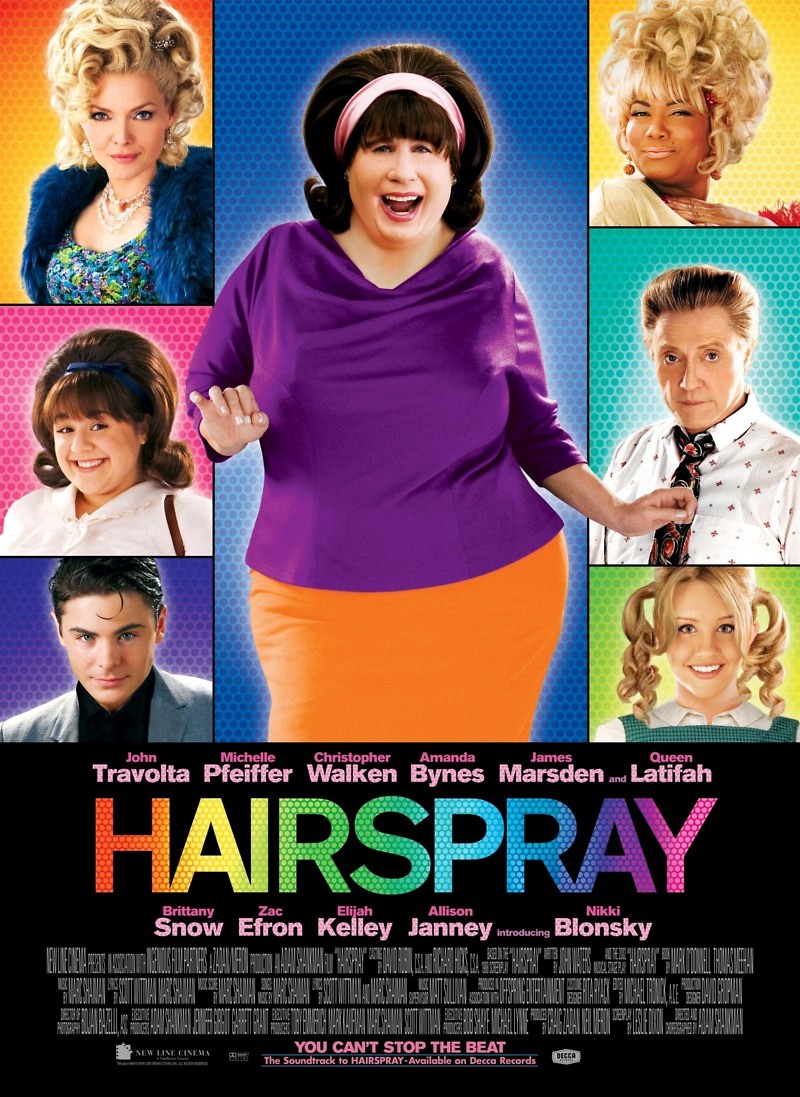 DVD: Hairspray DVD release date is set for November 20, 2007. Dates do change so check back often as the release approaches.

Blu-ray: Hairspray Blu-ray will be available the same day as the DVD. Blu-ray and DVD releases are typically released around 12-16 weeks after the theatrical premiere.

Digital: Hairspray digital release from Amazon Video and iTunes will be available 1-2 weeks before the Blu-ray, DVD, and 4K releases. The estimate release date is November 2007. We will update this page with more details as they become available. The movie has been out for around since its theatrical release.

In a remake of a classic 1980s film, Hairspray tells the story of a young teen girl named Tracy growing up in Baltimore, Maryland in the 1960s. Tracy is obsessed with the city’s most popular television show for young teens; a dance show called the Corny Collins Show. Despite its popularity, the show is still racially segregated, and only the children of the richest, most affluent parents in the city are featured as dancers on the show. Tracy, with the help of her parents, attempt to desegregate the show by protesting. Eventually, the protests end with a climactic beauty pageant, which are won by an African-American girl, thus opening up the Corny Collins Show to anyone in Baltimore.

The movie currently has a 7.2 out of 10 IMDb rating and 81 Metascore on Metacritic. We will continue to add and update review scores.