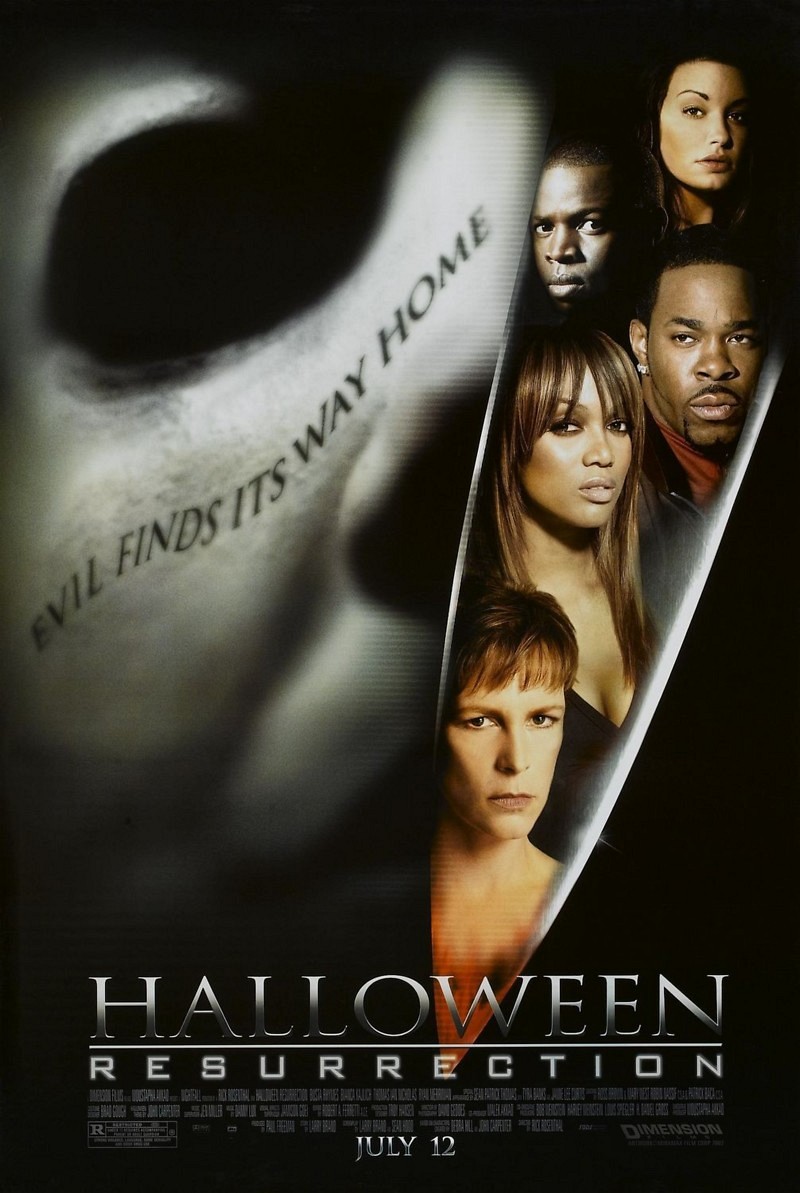 DVD: Halloween: Resurrection DVD release date is set for December 10, 2002. Dates do change so check back often as the release approaches.

Blu-ray: Halloween: Resurrection Blu-ray will be available the same day as the DVD. Blu-ray and DVD releases are typically released around 12-16 weeks after the theatrical premiere.

Digital: Halloween: Resurrection digital release from Amazon Video and iTunes will be available 1-2 weeks before the Blu-ray, DVD, and 4K releases. The estimate release date is December 2002. We will update this page with more details as they become available. The movie has been out for around since its theatrical release.

Six college students, including Sara Moyer, win the chance to appear on an Internet reality TV show. The show features the six students spending the night in Michael Myers childhood home on Halloween Night. The students being searching the house and one by one are gruesomely murdered by Michael Myers. The internet audience believes the murders are staged. This idea is further enforced by the fact that one of the students is masquerading as Michael Myers to trick the others. Eventually, the audience begins to realize the murders are real. Sara begins texting her cyber friend Myles. Myles informs Sara of Michael Myers location so that Sara can escape. However, Michael eventually finds and traps Sara. The shows director appears and defeats Myers, saving Sara.

Halloween: Resurrection DVD/Blu-ray is rated R. R stands for ‘Restricted’, which means children under 17 require accompanying parent or adult guardian. The movie contains some adult material and parents are urged to learn more about the movie.

The movie currently has a 3.9 out of 10 IMDb rating and 19 Metascore on Metacritic. We will continue to add and update review scores.