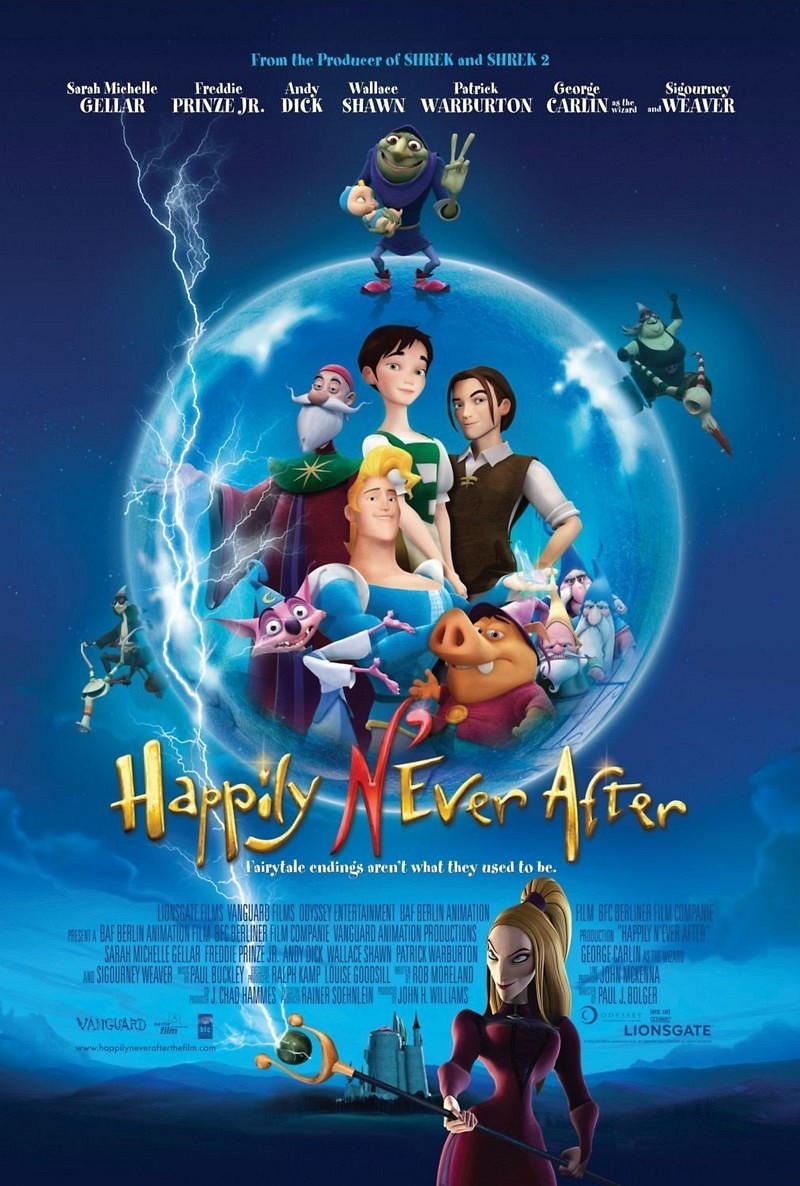 DVD: Happily N’Ever After DVD release date is set for May 1, 2007. Dates do change so check back often as the release approaches.

Blu-ray: Happily N’Ever After Blu-ray will be available the same day as the DVD. Blu-ray and DVD releases are typically released around 12-16 weeks after the theatrical premiere.

Digital: Happily N’Ever After digital release from Amazon Video and iTunes will be available 1-2 weeks before the Blu-ray, DVD, and 4K releases. The estimate release date is April 2007. We will update this page with more details as they become available. The movie has been out for around since its theatrical release.

When the Wizard of Fairytale Land, who job it is to make sure every tale has a happy ending, decides to take a vacation, he leaves his crystal ball and staff in the hands of his assistants, Muck and Mambo. Bored with the predictability of unfolding Cinderella tale, they decide to introduce some changes into the story and leave the Wizard’s tool up for grabs. Once the evil step-mother, Frieda, understands that she can gain control over Fairytale Land, she recruits and army of villains to take over the magical world. Ella, the Cinderella of the story, decides to fight back so that she can have the happy ending to the story that is due her and save Fairytale Land.

The movie currently has a 4.1 out of 10 IMDb rating and 28 Metascore on Metacritic. We will continue to add and update review scores.