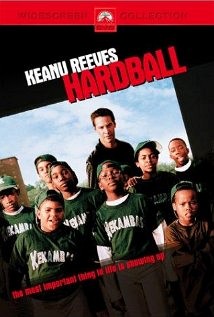 DVD: Hard Ball DVD release date is set for February 19, 2002. Dates do change so check back often as the release approaches.

Blu-ray: Hard Ball Blu-ray will be available the same day as the DVD. Blu-ray and DVD releases are typically released around 12-16 weeks after the theatrical premiere.

Digital: Hard Ball digital release from Amazon Video and iTunes will be available 1-2 weeks before the Blu-ray, DVD, and 4K releases. The estimate release date is February 2002. We will update this page with more details as they become available. The movie has been out for around since its theatrical release.

Conor O’Neil has a promising career as a lawyer that gets seriously derailed by a gambling habit that lands him in a huge heap of debt. This predicament is compounded by a drinking habit that’s hard to shake. To get a loan to pay back his debt, he agrees to coach a group of ten-year-old boys from Chicago’s poor, run-down Cabrini-Green housing project. At first he gives simple, token effort. As he learns the boys’ stories and sees their lives, he doubles down on his emotional investment and becomes a father figure to them. Through the help of schoolteacher Elizabeth Wilkes, Conor learns to care more about the boys’ problems than his own personal ones, and the ragtag group of baseball players bonds together and truly becomes a team.

Hard Ball DVD/Blu-ray is rated R. R stands for ‘Restricted’, which means children under 17 require accompanying parent or adult guardian. The movie contains some adult material and parents are urged to learn more about the movie.

The movie currently has a 6.1 out of 10 IMDb rating and 48 Metascore on Metacritic. We will continue to add and update review scores.