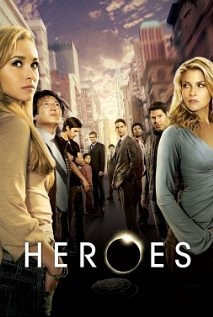 DVD: Heroes DVD release date is set for October 13, 2015. Dates do change so check back often as the release approaches.

Blu-ray: Heroes Blu-ray will be available the same day as the DVD. Blu-ray and DVD releases are typically released around 12-16 weeks after the theatrical premiere.

Digital: Heroes digital release from Amazon Video and iTunes will be available 1-2 weeks before the Blu-ray, DVD, and 4K releases. The estimate release date is October 2015. We will update this page with more details as they become available. The movie has been out for around since its theatrical release.

Heroes stars Jack ColemanHayden PanettiereMilo Ventimiglia. View everything you need to know about the movie below.

A group of ordinary people discovers that they have extraordinary super-hero like abilities. Life begins to unfold in comic book fashion, with these people dealing with the repercussions of their newly realized powers. Some can fly, others have incredible strength or can read other peoples minds. One can walk through solids, another can generate electricity and some of them are incredible mimics. One character can emit poison, and another can spontaneously regenerate. Some scientists are looking into the origins of these mysterious powers, while another company with a mysterious past just wants to find a way to stop them. However, the heroes must come together to save the world on more than one occasion.

Heroes DVD/Blu-ray is rated TV-14. This program contains some material that many parents would find unsuitable for children under 14 years of age. Parents are strongly urged to exercise greater care in monitoring this program and are cautioned against letting children under the age of 14 watch unattended. This program may contain one or more of the following: intensely suggestive dialogue (D), strong coarse language (L), intense sexual situations (S), or intense violence (V).