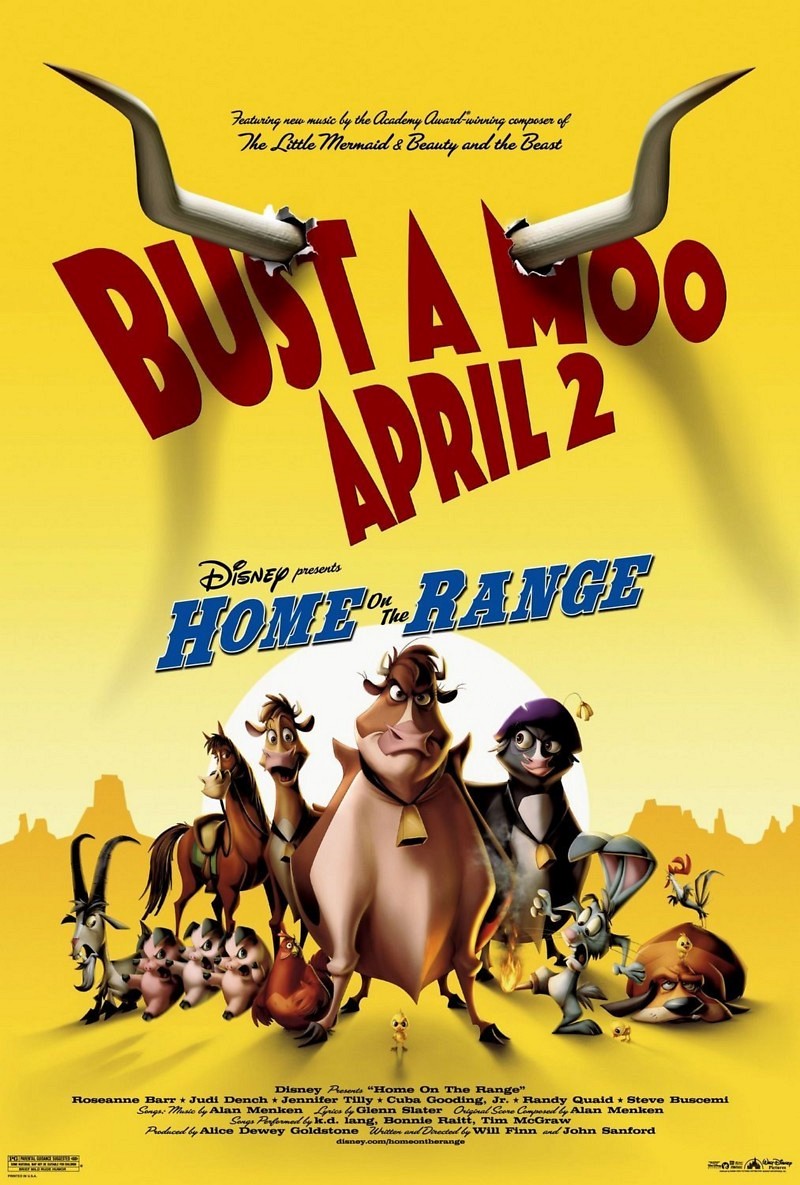 DVD: Home on the Range DVD release date is set for September 14, 2004. Dates do change so check back often as the release approaches.

Blu-ray: Home on the Range Blu-ray will be available the same day as the DVD. Blu-ray and DVD releases are typically released around 12-16 weeks after the theatrical premiere.

Digital: Home on the Range digital release from Amazon Video and iTunes will be available 1-2 weeks before the Blu-ray, DVD, and 4K releases. The estimate release date is September 2004. We will update this page with more details as they become available. The movie has been out for around since its theatrical release.

Home on the Range stars G.W. Bailey, Roseanne Barr, Bobby Block, Steve Buscemi, Carole Cook. View everything you need to know about the movie below.

Patch of Heaven dairy farm is a calm, serene place, where the animals are treated like family instead of the profit makers they are. When a wealthy cattle rustler starts buying properties and sets his eyes on Patch of Heaven, its up to three young cows to save their beloved home. Together, they do what it takes to expose Slim for who he really is, teaming up with the likes of a rabbit, buffalo, and the sheriffs horse to keep Alameda Slim, the rustler, from acquiring ownership of their home.

The movie currently has a 5.4 out of 10 IMDb rating and 50 Metascore on Metacritic. We will continue to add and update review scores.