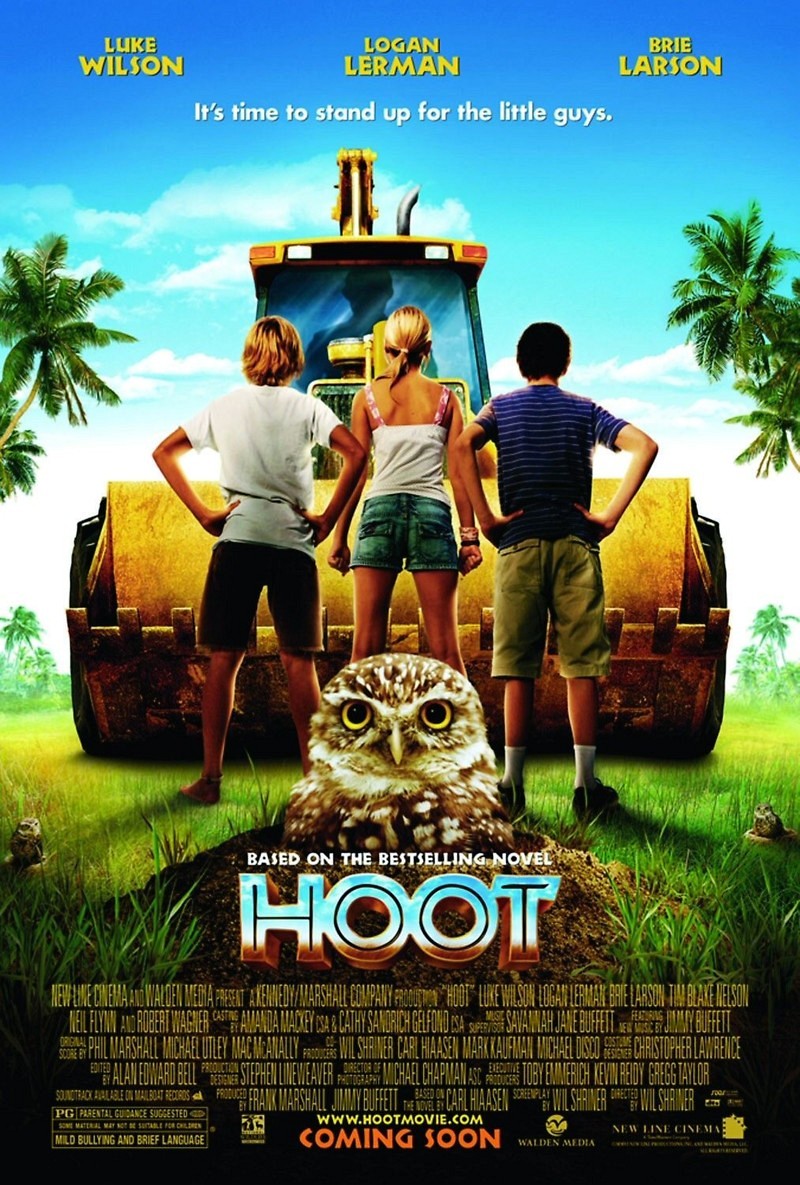 DVD: Hoot DVD release date is set for August 15, 2006. Dates do change so check back often as the release approaches.

Blu-ray: Hoot Blu-ray will be available the same day as the DVD. Blu-ray and DVD releases are typically released around 12-16 weeks after the theatrical premiere.

Digital: Hoot digital release from Amazon Video and iTunes will be available 1-2 weeks before the Blu-ray, DVD, and 4K releases. The estimate release date is August 2006. We will update this page with more details as they become available. The movie has been out for around since its theatrical release.

A middle-school student named Roy A. Eberhardt makes a cross-country relocation with his family from Montana to Florida. In attempting to adjust to his new school, he gets to know a girl named Beatrice and her stepbrother who goes by the nickname of Mullet Fingers. The three kids learn of a local pancake company CEO’s thoughtless plan to build a new franchise atop a nearby lot in which a flock of endangered burrowing owls live. Driven to do a good deed and stop the tyrannical businessman’s plans, they wage a campaign to put an end to the ongoing construction that threatens the lives of the rare birds.

The movie currently has a 5.3 out of 10 IMDb rating and 46 Metascore on Metacritic. We will continue to add and update review scores.