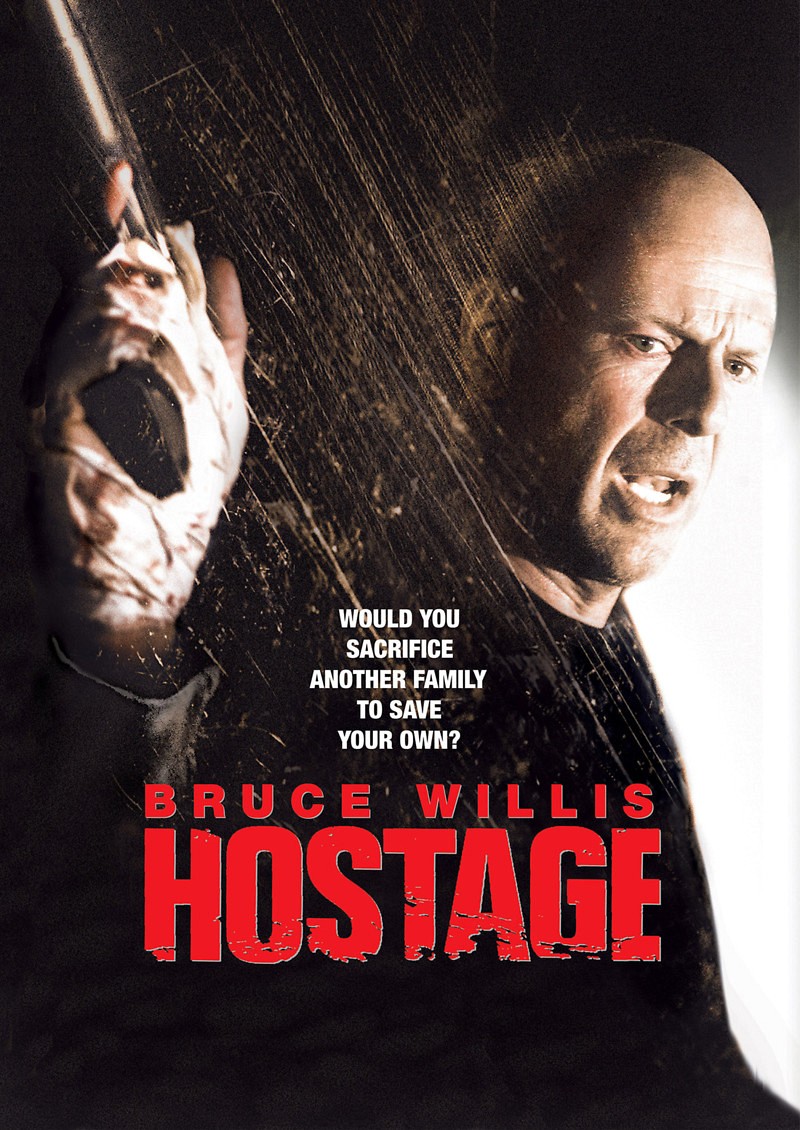 DVD: Hostage DVD release date is set for June 21, 2005. Dates do change so check back often as the release approaches.

Blu-ray: Hostage Blu-ray will be available the same day as the DVD. Blu-ray and DVD releases are typically released around 12-16 weeks after the theatrical premiere.

Digital: Hostage digital release from Amazon Video and iTunes will be available 1-2 weeks before the Blu-ray, DVD, and 4K releases. The estimate release date is June 2005. We will update this page with more details as they become available. The movie has been out for around since its theatrical release.

A former hostage negotiator for the Los Angeles Police Department, Jeff Talley, decided to move away from everything that he once held dear after he failed in his career. He also moves away from his daughter and wide. However, when a robbery of a convenience store goes horribly wrong in the area where Jeff Talley live, the people responsible for this crime decide to go after what they feel is an unsuspecting family. However, the father of the family they choose to attack has a secret that will end up comprising not only his kin, but changing the life of one of the criminals as well. Jeff Talley decides to take up what used to be his job in order to protect the family that is under attack, if he can, and all in one night.

Hostage DVD/Blu-ray is rated R. R stands for ‘Restricted’, which means children under 17 require accompanying parent or adult guardian. The movie contains some adult material and parents are urged to learn more about the movie.

The movie currently has a 6.6 out of 10 IMDb rating and 44 Metascore on Metacritic. We will continue to add and update review scores.