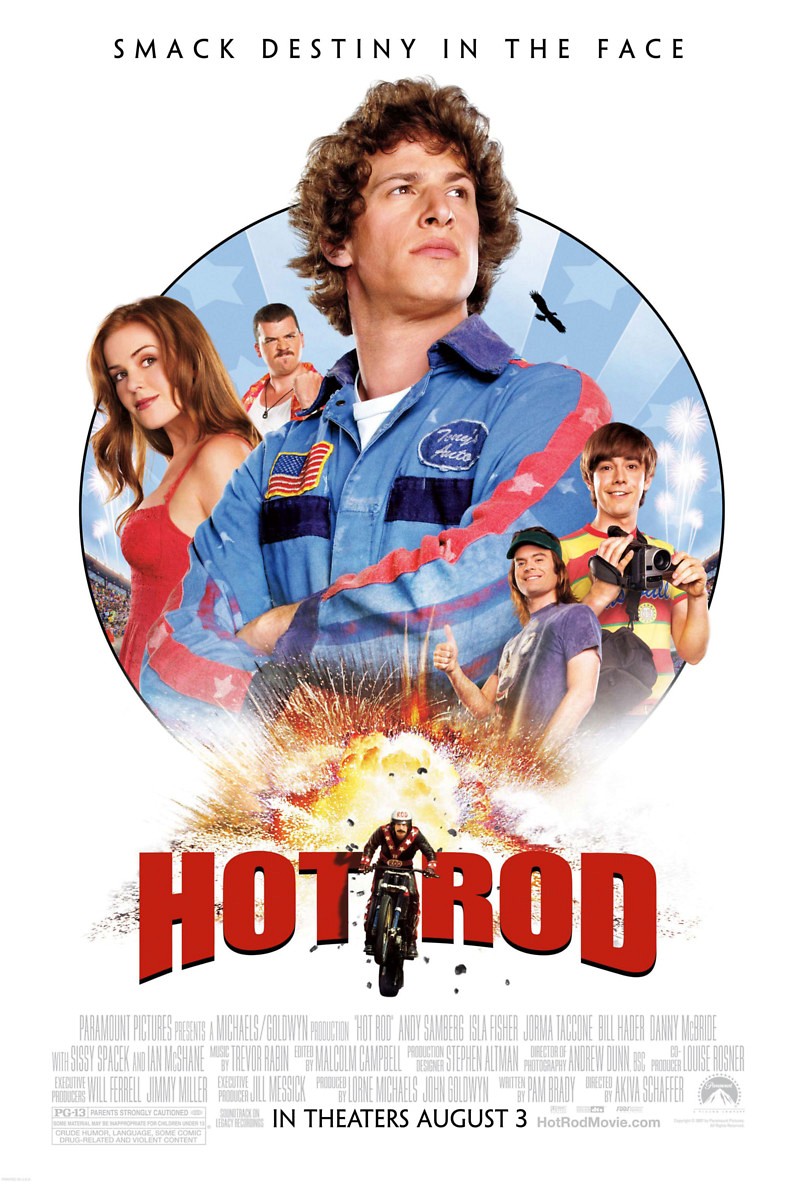 DVD: Hot Rod DVD release date is set for November 27, 2007. Dates do change so check back often as the release approaches.

Blu-ray: Hot Rod Blu-ray will be available the same day as the DVD. Blu-ray and DVD releases are typically released around 12-16 weeks after the theatrical premiere.

Digital: Hot Rod digital release from Amazon Video and iTunes will be available 1-2 weeks before the Blu-ray, DVD, and 4K releases. The estimate release date is November 2007. We will update this page with more details as they become available. The movie has been out for around since its theatrical release.

Rod Kimble idolizes his dead father who was a stuntman for daredevil Evel Knievel. He dreams of following in his footsteps. His stepfather, Frank, seems to relish in crushing his dream. Despite this, Rod yearns to earn the older man’s respect. Rod fails miserably at his stunt attempts. He now finds out that he may lose Frank too unless his stepfather receives a heart transplant. Rod gets the idea to raise funds by doing a series of stunts. Things go bad and he loses all the money. On top of that, Rod’s mom reveals his dad was never a stuntman. Rod decides that he wants to go for his dream to do a big stunt to raise money. He will succeed or die trying.

Hot Rod DVD/Blu-ray is rated PG-13. Parents are urged to be cautious. Some material may be inappropriate for pre-teenagers (under 13).

The movie currently has a 6.5 out of 10 IMDb rating and 43 Metascore on Metacritic. We will continue to add and update review scores.