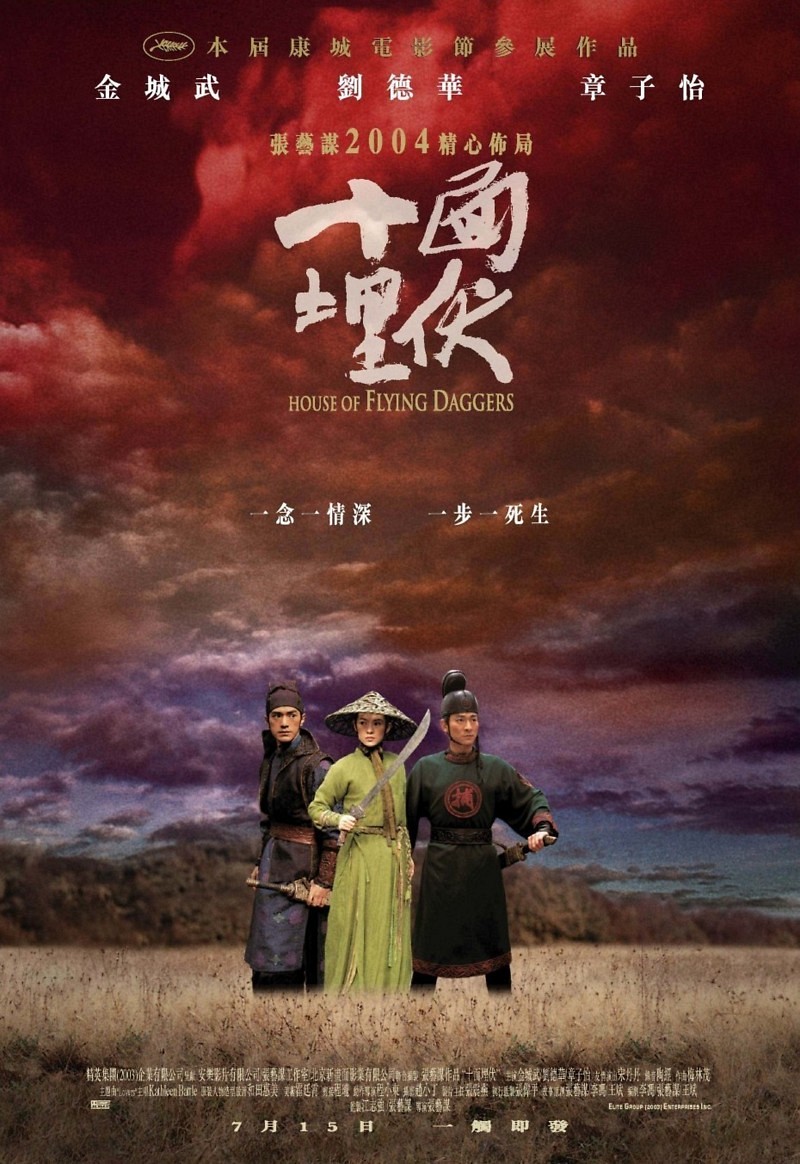 DVD: House of Flying Daggers DVD release date is set for April 19, 2005. Dates do change so check back often as the release approaches.

Blu-ray: House of Flying Daggers Blu-ray will be available the same day as the DVD. Blu-ray and DVD releases are typically released around 12-16 weeks after the theatrical premiere.

Digital: House of Flying Daggers digital release from Amazon Video and iTunes will be available 1-2 weeks before the Blu-ray, DVD, and 4K releases. The estimate release date is April 2005. We will update this page with more details as they become available. The movie has been out for around since its theatrical release.

In Imperial China, police officers Jin and Liu are instructed to kill the new leader of a Robin Hood-like band of rebels known as The House of Flying Daggers. The officers take Mei, the blind daughter of the former leader, into custody. They hatch a scheme where Jin will pretend to rescue her from jail and Liu will secretly trail them. They hope that Mei will lead them to the new leader of the group. However, their plans backfire when Jin begins to fall for the beautiful Mei.

House of Flying Daggers DVD/Blu-ray is rated PG-13. Parents are urged to be cautious. Some material may be inappropriate for pre-teenagers (under 13).

The movie currently has a 7.6 out of 10 IMDb rating and 89 Metascore on Metacritic. We will continue to add and update review scores.