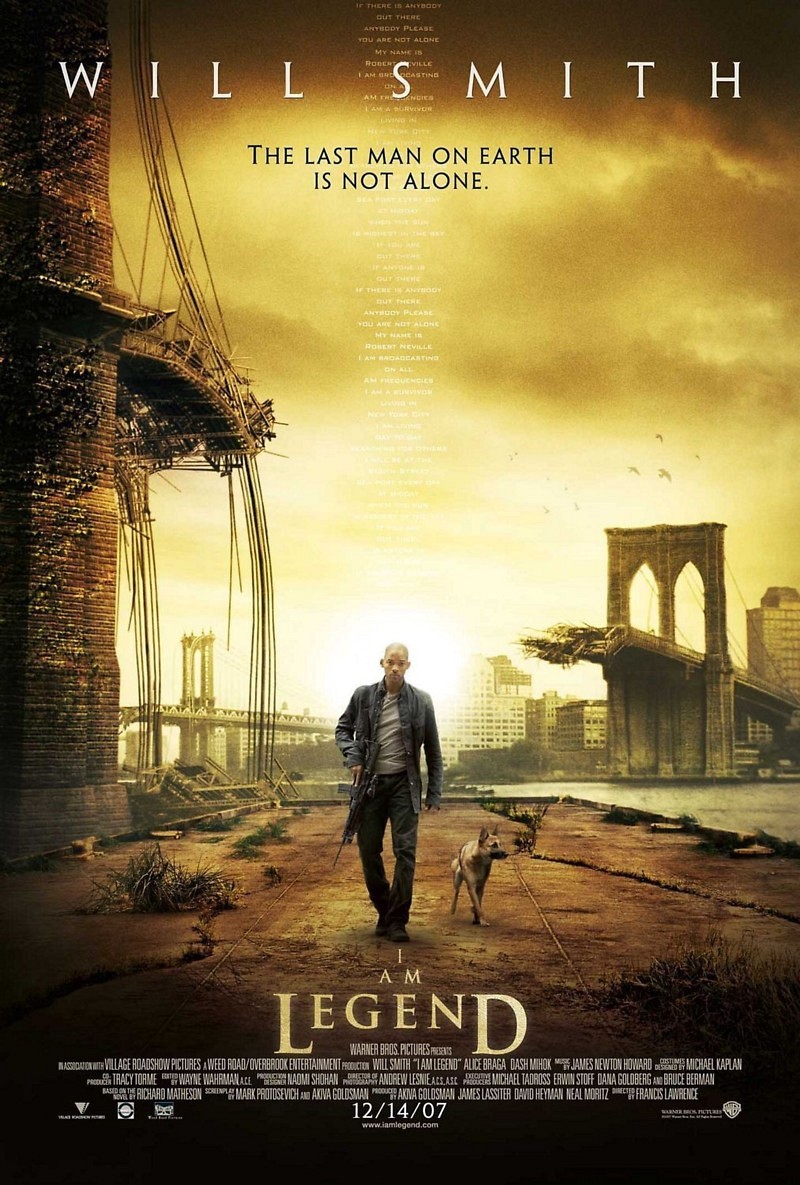 DVD: I Am Legend DVD release date is set for March 18, 2008. Dates do change so check back often as the release approaches.

Blu-ray: I Am Legend Blu-ray will be available the same day as the DVD. Blu-ray and DVD releases are typically released around 12-16 weeks after the theatrical premiere.

Digital: I Am Legend digital release from Amazon Video and iTunes will be available 1-2 weeks before the Blu-ray, DVD, and 4K releases. The estimate release date is March 2008. We will update this page with more details as they become available. The movie has been out for around since its theatrical release.

I Am Legend stars Will Smith, Alice Braga, Charlie Tahan, Salli Richardson-Whitfield, Willow Smith. View everything you need to know about the movie below.

Touted as a cure for cancer, Dr. Alice Krippin’s genetically altered measles virus catches humanity off-guard when a sudden mutation causes it to become fatal. Years later, 90% of human life on Earth has fallen prey to the virus and been transformed into primal, violent monsters that roam after dark. The sole survivor in all of New York City, virologist Robert Neville takes it upon himself to find a cure after the death of his family. He spends his days foraging for food and experimenting on the affected humans he captures. Hard work and sacrifice lead to a breakthrough, but when tragedy strikes as he finally finds his cure, he gives his life to release it to the world.

I Am Legend DVD/Blu-ray is rated PG-13. Parents are urged to be cautious. Some material may be inappropriate for pre-teenagers (under 13).

The movie currently has a 7.1 out of 10 IMDb rating and 65 Metascore on Metacritic. We will continue to add and update review scores.